Bangladesh Bank (BB) has advised the commercial banks to take police protection to ensure security for their cash management, particularly in Automated Teller Machine (ATM) operations, during the shutdowns and blockades.

The central bank sent a letter Tuesday to the commissioner of Dhaka Metropolitan Police (DMP) requesting him to provide police forces to the banks in accordance with their requirements. 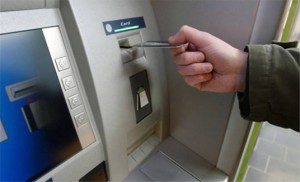 The central bank took the measure against the backdrop of difficulties in managing cash properly by the banks due to the ongoing political turmoil centring the next parliamentary election, reports the Financial Express (FE).

He also said the central bank has decided to provide fresh bank notes to the banks for using those at their ATMs easily.

Currently, normal cash transactions in the country’s banking system are being hampered owing to the countrywide blockade, enforced by the BNP-led 18-pary alliance to press for immediate cancellation of the polls schedule and to protest implicating its senior leaders in ‘false cases’ and torture and repression of its activists.

He also said normal movement of cash was being hampered due to the blockade.

Talking to the FE, another senior official of a leading private commercial bank (PCB) said loading cash into ATMs were also being hindered during the blockade hours due mainly to security reasons.

“Clients, particularly the corporate ones, have been requested by branch managers of commercial banks to withdraw money from a particular designated branch or the nearby ones,” the private banker noted.

He also said the amount of classified loan portfolios might increase further in the next quarter if the political impasse continued.

The bankers, however, feared that credit demand, particularly for financing trading activities and import of capital machinery, might fall in the coming months until the prevailing confrontational political situation improved.