As the United States goes to the polls in two days, Bangladesh hopes that the next US administration would relax its protectionist measures to encourage higher consumer spending in its retail economy.

Despite the South Asian country strengthening its ties with China, security and strategic experts in Bangladesh hope that the US would make room for the Bangladeshi economy to prosper with more trade preferences and less political prejudice.

Bangladesh is of “deep strategic interest” for the United States from a security perspective. 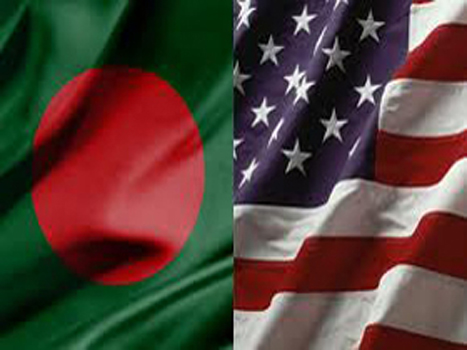 With attacks waged by militant outfits on locals and foreigners by Jamaatul Mujahideen Bangladesh and Ansar Al Islam in affiliation with Islamic State of Iraq and Syria (ISIS) and Al-Qaida in the Indian Subcontinent (AQIS) respectively, the US plays a key role in helping Dhaka combat terrorism.

Bangladesh is one of the most vulnerable countries to climate change and despite the US being the largest emitter of greenhouse gases, it has shown little responsibility in the area, observers said.

“The US has to show minimum responsibility. If it doesn’t then it would be disastrous,” Dr Atiq Rahman, the executive director of Bangladesh Centre for Advanced Studies, told WION.

Very little about climate change has been discussed during the US presidential election but Dhaka expects the US to take some responsibility in mitigation and finance.

Bangladeshi exports to the US stand at $6.22 billion and remittances have earned Bangladesh $2.4 billion in the financial year 2015-16. According to Bangladesh’s central bank, the United States is the third-largest remitting nation after the UAE and Saudi Arab.

Industrialists hope that the next US president will provide Bangladesh greater market access by reducing tariffs on garment supplies. Bangladesh is one of the highest tariff payers in the US for its garment products, at 15.41 per cent.

Bangladesh also wants the US to reinstate the Generalised System of Preferences. The GSP is a preferential tariff system provided by developed countries to developing countries

The US had scrapped the GSP after Bangladesh experienced the horrifying Rana Plaza factory disaster in April 2013.

“After the unfortunate Rana Plaza incident, we have with commendable speed met the targets that [were] set on us,” said former state minister for foreign affairs Abul Hasan Chowdhury.

However, Bangladeshi industrialists hope Trump does not become the next president.

“There are concerns about increased protectionist measures if Trump comes to power. We don’t know how far it will go, we don’t know what his chances are, but obviously his presidency will be damaging for emerging markets like Bangladesh,” said Syed Nasim Manzur, who is the president of Metropolitan Chamber of Commerce and Industries, Dhaka.

Manzur, also the managing director of Apex Footwear Limited, is one of the largest Bangladeshi suppliers of leather goods to global markets including the US. He bemoaned that suspension of GSP had raised manufacturing costs.

“We are hoping for an administration that will revive spending in the US retail economy because that will then prop up demand for Bangladeshi products in the US market,” he said while speaking to WION.

With Bangladesh and China entering into a strategic partnership in which China would be providing $24.45 billion in financial assistance to 27 development projects and another $13.6 billion in joint ventures, security and strategic experts say it would be interesting to see how the United States plays its cards.

“So far the US has not offered any huge investment prospect that would match the type that we have been offered by China,” says Muhammad Shahiduzzaman, professor of International Relations at the University of Dhaka.

The US has also been wary of China being involved so much in the Bay of Bengal or around the vicinity of Bangladesh’s territorial waters.

Additionally, most of Bangladesh’s arms deals have gone to China and very recently to Russia.

But experts want Bangladesh to keep a balanced geopolitical relationship with countries around the world for its economic prosperity.

The US has very deep partnership with India not only in economy but also in security, says Prof Shahiduzzaman. “It would be Bangladesh’s responsibility to act with India in a manner where these two powers would accommodate our relationship with China in clear economic terms,” he said.

Bangladesh is looking forward to an economic buildup, which would require that “we treat our relationships on the question of mega projects with a clear degree of utility in terms of maximizing our ability to develop the infrastructure,” he said.

The country has had a better relation with the Clinton administration and the democrats but for a country like Bangladesh where United States is the biggest market for readymade garments and also for other areas of export, it cannot undermine the republicans in anyway if they come to power, say experts.

As regards Bangladesh’s preference towards the presidential candidates, Rahman believes, Bangladesh en masse is supporting Hillary Clinton. The country has been against Donald Trump for spewing a litany of sexist and racist slurs.