Terming some initiatives of the national budget for fiscal 2016-17 as encouraging for industrialization, Bangladesh Garment Manufacturers and Exporters Association (BGMEA) today said the proposed 1.50 percent tax on source would hinder the goal of export earning envisaged by the government in line with vision-2021.

“Some initiative might pave the way of industrialization, but 1.50 percent tax on sources would directly create hindrance the evolvement of industrialization,” said BGMEA President Md. Siddiqur Rahman in a media briefing that organized to pass their reaction on the proposed national budget, reports BSS.

Mentioning that 1.50 percent tax on source would increase 150 percent direct tax, he said “any wrong 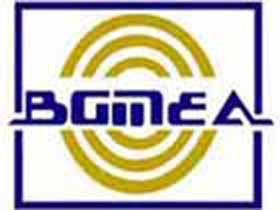 decision would lead many factories towards shut-down” as already 618 factories have been closed for losing competency while another 319 factories are in the way to stop operation.

Highlighting different challenges such as conditions of Accord and

Alliance, Siddiqur Rahman said: “We need another two years to stand back overcoming the losses caused by Rana Plaza tragedy.”

Welcoming the incenting of Taka 4,500 crore for all export oriented sectors, he demanded Taka 5,000 stimulating package only for the readymade garment (RMG) sector.

They sought an energy policy for next ten years for boosting of the sector.

Others leaders of the RMG trade body were present at the briefing.