Eleven Bangladeshi nationals were pushed into Bangladesh illegally by the Indian Border Security Force (BSF) through Bangabari border under Gomostapur Upazila here last night. BSF of Petrolgar Company pushed them into Bangladesh instead of handing them over to BGB in a proper way. 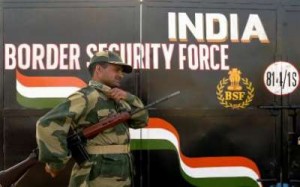 When contacted, Commanding Officer of 43 battalion of Border Guard Bangladesh (BGB) in Naogaon Lieutenant Colonel Abu Jafar said, after interrogation they came to know that these people went to India in search of job through Hilli border with the help of a broker in August, 2011 and were arrested by the Indian police.

They were jailed on different terms and on completion of their prison term they were released from Bahrampur jail in Murshidabad district of West Bengal on Friday noon and were handed over to Malda BSF headquarters.

Later BSF of Petrolgar Company pushed them into Bangladesh though BGB asked BSF for a Company Commander level flag meeting. The detained persons are now under Gomostapur police custody.