The country’s state-owned telecommunications company is refusing to reconnect a British firm to the country’s network despite having been ordered to do so by the courts.

London-based Zamir Telecom has been cut off from the Bangladesh network since March, causing it significant financial damage.

Telecoms minister, Abdul Latif Siddique, has admitted giving the order for the disconnection of Zamir Telecom from the Bangladesh Telecommunications Company Limited (BTCL). 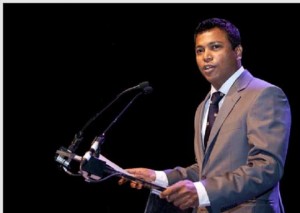 This was in breach of a 2010 court order overturning a similar situation. Zamir Telecom successfully challenged BTCL in a Dhaka court in early May when judges ordered the firm’s reconnection within 36 hours.

But the court order was ignored again. This is purportedly because of an on-going arbitration process between BTCL and Zamir Telecom over disputed invoicing, despite judges saying the connection must be maintained alongside the talks.

Under Bangladeshi law, those found in contempt of court can get a maximum six months prison sentence and a fine.

The firm’s boss, Naufal Zamir, believes the reason to be to distract from BTCL’s failings as well as politics, because his father has ties to the government opposition in the south Asian state.

“Zamir Telecom is the victim of the vindictiveness of the posts and telecommunications minister Latif Saddique and the systematic corruption of BTCL,” Naufal Zamir said.

“Their bizarre willingness to defy repeated orders by the country’s most senior judges demonstrates their contempt for the rule of law.”

Siddique has already admitted that the March disconnection was unlawful.

“I have told the meeting that I had directed the officials BTCL to disconnect the circuits of Zamir Telecom in March though I knew that it was a sub-judice matter. I took the responsibility,” said Siddique to a Bangladesh parliamentary committee, according to NewsNextBD.com.

BTCL and Siddique now must justify to judges breaching a court order for a second time by not reconnecting Zamir Telecom.

Naufal Zamir said the UK Trade & Investment (UKTI) department has already written to the Bangladesh government demanding an explanation for the disconnection.

A recent report by Transparency International claims that 2000cr Bangladeshi Taka (£153m , $258m, €186m) has been lost from BTCL accounts through corruption over six years.

The government plans to privatise part of the BTCL, but weakening financial performance and a dwindling customer base is causing problems.

Zamir Telecom generated £24m of sales in 2012/13 and employs 54 people in its Canary Wharf headquarters.

Bangladesh’s telecoms ministry were not immediately available for comment.