The Cabinet Economic Affairs Committee on Sunday ‘in principle’ approved an offer of the Malaysian government to construct 8,400 residential flats for Rajdhani Unnayan Kartripakkha (Rajuk), the capital development authority.

The committee at a meeting with Finance Minister AMA Muhith in the chair approved the proposal with some recommendations. This was stated by 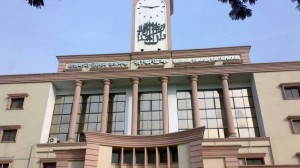 He, however, did not give any details of the recommendations.

The Malaysian government has offered to construct the flats under a government-to-government (G-to-G) agreement on design-build-transfer (DBT) basis.

To this effect, Rajuk and the Malaysian authority have already signed a memorandum of understanding (MoU) in April this year.

After the Cabinet Purchase body’s approval, Rajuk will sign the final agreement with the Malaysian authority for implementing the project.

As per the proposal, the Malaysian government will construct a total of 100 multistoried buildings at B and C blocks in Uttara Residential Model Town. Each of the buildings will be 16-storey having 84 flats.

Rajuk officials said the Malaysian authority will be responsible for designing and building the apartments within 30 months from the date of signing the final agreement.

Rajuk will finance the project from its own sources. According to the Rajuk officials, they have a plan to build a total of 12,000 apartments in ‘B’ and ‘C’ blocks in Uttara project. After 8,400 flats, the remaining 3,600 apartments will be built later under another contract with the Malaysian authority in the second phase.

They said Malaysia will use modern technology to build the high-rises which will cover everything, including keeping the buildings risk-free from earthquake and other natural calamities.