Corona epidemics have been brought under control in many parts of the globe, and several nations are removing their travel restrictions in response. After two years, tourist centres in the various nations will also be available to the public. Turkey has reopened its doors to the public after a two-year hiatus to host an exhibition of Prop 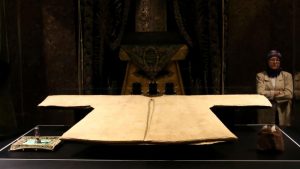 On Friday, thousands of people gathered at the Hirka-i-Siri Mosque in Istanbul, Turkey. According to the Turkish newspaper Sabah, the Prophet Muhammad gifted the cloak to Hazrat Owais al-Qarani as a gift. For over 14 years, the Qaranis family has been conserving it with great care. Thousands of people were given the opportunity to witness the cloak inside the mosque before the Friday prayer services.