According to the report prepared by the ILO Research Department in consultation with the ILO’s tripartite constituents in Bangladesh, the country experienced relatively high economic growth over the past two decades, mainly due to garment exports. Bangladesh accounted for 4.8 per cent of global apparel exports in 2011, compared with only 0.6 per cent in 1990. 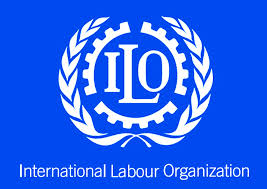 But unregulated industry growth has contributed to poor working conditions in that sector, which have acted as an obstacle to sustainable development and, moreover, resulted in some of the worst industrial disasters on record.

For example, Bangladeshi garment sector workers earn some of the lowest wages in the region. As of August 2013, the monthly minimum wage for entry-level workers in the garment sector was US$39 per month – about half of the lowest rate in other major garment-exporting countries, such as Cambodia (US$80), India (US$71), Pakistan (US$79), Sri Lanka (US$73) and Viet Nam (US$78).

While some other countries revise their minimum wages on regular basis, Bangladesh has adjusted the RMG minimum wage only three times since it was first set in 1985 – with the last revision dating back to 2010. A wage board constituted this year is expected to make recommendations for a minimum wage increase shortly.

Recent accidents have brought the issue of occupational health and safety risks in the Bangladeshi garment sector to world attention, including a factory fire in November 2012 that killed 117 workers and the collapse of a building housing several RMG manufacturers in April 2013 that killed 1,129 workers – the latter being one of the worst industrial disasters on record.

Although the government has taken some concrete action in the past six months to address health and safety issues, poor conditions remain a challenge in many factories across the country, especially those in the RMG sector.

According to national estimates, poverty has declined but as of 2010, 76 per cent of the population lived on less than US$2 per day – the highest share in the region.

Furthermore, Bangladesh’s social protection coverage is among the lowest in the region. In 2010, less than ten per cent of all urban poor had access to social assistance.

The report warns that unless a comprehensive set of labour market and social policies are introduced, Bangladesh will be unable to maintain its economic momentum and improve living standards in a sustainable way. And while the RMG sector is central to the economy, new measures need to be far-reaching.

First, improving employment prospects and working conditions – notably in the RMG sector – will help to safeguard exports, which have been a key driver of growth and employment creation, especially for women.

It will also help to stop the outflow of Bangladeshi youth who face some of the highest recruitment fees in the region and are often confronted by abuse at the hands of employers in receiving countries.

Second, there is an urgent need to strengthen wage-setting policies, notably through the role of effective minimum wages. In this respect, it will be important to monitor the recommendations of the tripartite Minimum Wages Board, which is scheduled to submit its proposal by November 2013.

Third, it is crucial to tackle informality. The working-age population has grown at a rate of more than 2 million people per year over the past two decades but formal job creation has averaged only 200,000 per year in the past 10 years. As a result, the incidence of informal employment increased from 75 per cent in 1999/2000 to 87 per cent in 2010 – the highest in the region.

Finally, women have made an important contribution to development in Bangladesh, as well as to the modernization of rural society and agricultural production. But a number of important gender disparities persist, notably in terms of educational attainment, labour market outcomes and working conditions.

“ILO technical assistance will be key in achieving these goals. The Ready-Made Garment Sector programme launched by the ILO and the Government of Bangladesh last month will lead to lasting improvements in working conditions and safety for the tens of thousands of garment factory workers in Bangladesh,” ILO Deputy Director-General for Field Operations and Partnerships, Gilbert Houngbo, said.

According to Houngbo, the next challenge will be to coordinate the ILO-sponsored RMG programme, the Sustainability Compact adopted by the European Union and private sector initiatives like the Accord on Fire and Building Safety in Bangladesh and the Alliance for Bangladesh Worker Safety.

Among other findings the report says that:

In 2010, the gap between the youth and adult employment rates stood at roughly 20 percentage points; it has risen further in recent years. More troubling is the fact that unemployment increases with educational attainment.

Bangladesh is one of the world’s largest recipients of remittances per year. In 2011, it accounted for 10.8 per cent of its GDP or US$12 billion – a five-fold increase compared to a decade ago. Meanwhile, the annual outflow of Bangladeshis overseas increased four-fold. The prospect of higher earnings appears to be a main pull factor.

Bangladeshi migrants pay some of the highest recruiting fees in the region – the average cost per worker going abroad is 4.5 times higher than the annual GDP per capita.