Reporters Without Borders is concerned about all the sanctions taken against the pro-Islamist newspaper Dainik Inqilab. In the space of a few hours last week, its print edition was suspended, all of its printing equipment was seized or sealed, and three of its journalists were arrested.

“It is wrong for a newspaper to publish false information but the sanctions must not be disproportionate,” Reporters Without Borders said. “The application of the Information and Communication Technology Act to this case and the measures taken against the newspaper are totally excessive”. 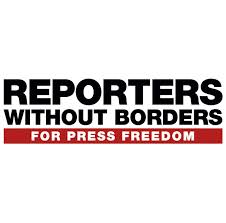 “There are alternatives to such measures. The newspaper could, for example, keep publishing its apology in its print edition for a certain period. We urge the authorities to release these journalists and to lift the publication ban.”

The measures were prompted by a report in Dainik Inqilab’s 15 January issue that Indian forces had carried out a joint operation with the Bangladeshi authorities in the Satkhira district of southwestern Bangladesh with the aim of eliminating a group of underground Islamist militants.

The police raided the newspaper the next day, seizing computer equipment, placing seals on its printing presses and arresting editor Rafiullah Robi, deputy editor Rafiq Mohammad and one of its reporters, Ahmed Atik.

The authorities said they were acting under the 2006 ICT Act, which prohibits the publication of “fake, obscene or defaming information in electronic form” and which Reporters Without Borders has described as “draconian.” It allows the police to carry out arrests without a warrant and prevents release on bail.

The newspaper, which is accused of publishing “false news that damaged the image of the country and created doubt in citizens’ minds,” withdrew the offending report from its website and posted an apology.

A Dhaka court nonetheless yesterday rejected a request for the release of all three journalists on bail and instead gave the police permission to continue questioning Atik for two days and to hold Robi and Mohammad for the duration of the investigation.

Ranked 144th out of 179 countries in the 2013 Reporters Without Borders press freedom index, Bangladesh is currently being rocked by protests about the way the government held the 5 January parliamentary elections.

Any views expressed in this article are those of the author and not of bdreports24.com