Bangladesh has decided to set up an economic zone exclusively for the entrepreneurs of Japan, the world’s third largest economic power.

“We have a plan to set up eight new economic zones across the country. We may allow the zone at Mirsarai in Chittagong for Japanese investors,” said Commerce Minister Tofail Ahmed yesterday.

“The decision to allow a separate economic zone for the Japanese investors has already been made,” Tofail told reporters after a meeting with Norihiko Inshiguro, vice-minister of economy, trade and industry of Japan, at the Secretariat, Daily Star reports.

“We may finalise the allocation of the economic zone during the visit of Japanese Prime Minister Shinzo Abe next month,” he said, adding that the government had acquired 8,000 acres of land in Mirsarai. 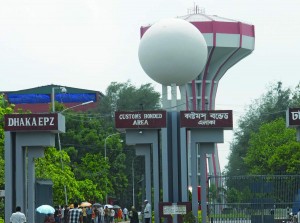 The Japanese investors have been moving their investment from China to other countries since 2008, when Japan adopted the “China Plus One” policy to reduce overdependence on Beijing.

Since then, countries such as Vietnam, Cambodia, Laos, Myanmar and Bangladesh have turned into lucrative destinations for Japanese investment.

Tofail said, “During the meeting, we also discussed the country’s largest ever power plant project in Matarbari.”

Japan has given Bangladesh $1.18 billion in loans for the Matarbari coal-fired power plant and four other projects as the Asian economic giant seeks to deepen its ties with Bangladesh.

Of the amount, $406 million will be spent only on building the power plant, part of a $4.4 billion project on Matarbari Island in Cox’s Bazar.

The Japan International Cooperation Agency will lend Bangladesh over $3 billion in phases for the mega project.

“We also have a plan to offer a separate economic zone for Chinese investors as they are coming to Bangladesh,” the minister said.

He said Bangladesh had been enjoying zero duty benefit in Japanese market. As a result, Bangladesh has been grabbing a substantial share of the $35 billion annual Japanese apparel market.

During her visit to Japan in May this year, Prime Minister Sheikh Hasina offered 40 industrial plots in export processing zones to Japanese entrepreneurs.

Bepza will also allocate factory buildings for the Japanese investors in the Adamjee and Comilla EPZs, where there are no vacant plots now, according to a Bepza statement.

Investment proposals from Japan worth $1.2 billion are pending with the Board of Investment in Bangladesh for a long time, according to an official of Japan External Trade Organisation (JETRO).

Many Japanese investors of automobiles, garments and fabrics, electronics and fast moving consumer goods sectors have been showing interest in Bangladesh, the official said.

At least 181 Japanese companies have operations in Bangladesh, the official said in May.

In fiscal year 2012-13, Bangladesh exported goods worth $750.27 million to Japan, compared to $600.52 million the previous year, data from the Export Promotion Bureau says.

In 2012-13, Bangladesh imported goods worth $1.19 billion from Japan, compared to $1.45 billion the previous year, according to Bangladesh Bank.

There are 35 Japanese enterprises with an investment of $291.05 million in the EPZs alone. Twenty-five of them are operational and 10 are being set up, a Bepza statement said.

A total of 11,203 Bangladeshis, 78 Japanese and 55 from other countries are working in these enterprises.

The first Bangladesh-Japan Public-Private Economic Dialogue was held in the city yesterday giving emphasis on more engagements between the two countries based on mutual trust, respect, interests and equitable sharing of benefits, reports BSS.

The Bangladesh government convened the dialogue. Both sides at the dialogue reflected on deepening economic and commercial cooperation and overall economic scenario prevailing in the respective countries, an official release said.

Both sides exchanged views on wide-ranging areas of mutual economic interest, including current investment climate, development of infrastructure and industrial base, and development of special economic zones.

Japan will convene the second round of the dialogue next year.

The Bangladesh delegation was led by Abul Kalam Azad, senior secretary at the Prime Minister’s Office.