The government is going to launch formally ‘Freelancers to Entrepreneurs Development Programme’ in all 64 districts simultaneously on May 11 aimed at developing entrepreneurship on outsourcing.

As part of the launching programme, Deputy Commissioners (DCs) will open the logo and make presentation at their respective office in presence of journalists, mentors and persons related to IT development, reports BSS. 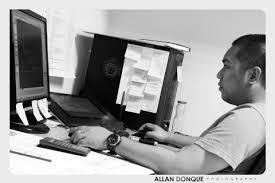 According to official, Freelancers to Entrepreneurs Development Programme is one of the four-stage action plans to flourish the country’s IT sector and increase its growth.

“Developing freelancers as entrepreneurs will be another step towards the target of creating Business Process Outsourcing (BPO) professionals in the country,” ICT secretary Md. Nazrul Islam Khan told BSS today.

He said the government had taken a four-stage action plan a few years back for boosting growth of IT sector and meeting the growing international demand of BPO professionals.

The first stage is to create IT literate people through Union Information Service Centers (UISCs) and other institutions, the second stage is to develop freelancers and the third and fourth stages are to develop entrepreneurs and BPO professionals, said Khan who mooted the idea of the four-stage action plan.

He said the government will appoint a mentor to guide the freelancers-turned- entrepreneurs and make an arrangement with the banks to provide loan for developing entrepreneurship.

As part of its plan, the government trained the IT literate people on Search Engine Optimization, Graphics, Design, animation and various issues relating to outsourcing and has created 15,000 freelancers in the districts in 2013, ICT Secretary said adding the programme to create another 55,000 freelancers by 2014 in districts and upazilas is going on in full swing.

From the existing freelancers, 1920 will be selected for entrepreneurship development programme. They will carry out IT related businesses such as outsourcing, developing new freelancers, e-commerce and giving training to others. For the establishment of these entrepreneurs, the government will employ more then five mentors from different professions including bankers, teachers and IT experienced people of a respective area to guide the overall programme.

Responding to the request of the ICT Division, Bangladesh Bank (BB) has already instructed banks to select 5-10 officials from each of their district level branches for working as mentors.

According to an official of ICT division, after creating entrepreneurs, the government will move for developing BPO professionals who will get an opportunity to do business at the High- Tech Parks also in future.