The 3.6 billion-pound British curry industry, mostly owned and run by Bangladeshi entrepreneurs, has a shortage of some 15,000 skilled chefs and managers, said a successful restaurateur, insisting the Bangladesh government on grabbing the opportunity, reports BSS.

A leader of the British-Bangladesh Chamber of Commerce and Industry (BBCCI) already dispatched a proposal to the British government requesting to pave the way for fulfilling the requirement of manpower shortage from Bangladesh.

“We’ve, of late, submitted a comprehensive proposal with requirement of around 15,000 jobs to the British Prime Minister . easing immigration rules got paramount importance in the proposal,” Enam Ali, MBE, a Bangladeshi living in Britain and director of BBCCI, told BSS here today. 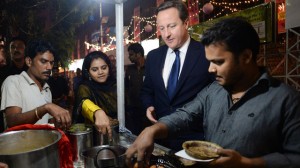 Ali, founder of the British Curry Awards and a true ambassador of the spice industry, has continuously been striving in change and innovation bringing British curry to places never even imaginable. His passion, hard work and unparalleled commitment has taken the spice industry to the attention of the world’s media today.

Born in Sylhet, he came to the United Kingdom to study law as his parents wanted him to become a lawyer, however he instead completed degree in Hospitality and Management. He earned a fellowship of the Royal Society of Arts.

In an exclusive interview with the news agency, the

restaurateur said the proposal is very in depth and contains lots of winnable arguments to address the crisis of manpower shortage in curry industry.

“Immigration is good for any country of the world and flexible immigration could be beneficial for both Bangladesh and the UK governments for the sake of win- win situation,” he said quoting the proposal as saying.

“I’m very much optimistic to see our proposal approved by this year end,” hoped Ali, who won the best community leader award from the House of Lords.

He said mid-generation people of the Britain are reluctant to build career in restaurant job as they want to be lawyer, doctor or engineer. So, he said, Bangladesh can easily reap the benefit by setting up cuisine training institutes.

The restaurateur, also Executive Director of European Bangladesh Federation of Commerce and Industry (EBFCI), described the immigration issue as a vast issue and said the issue has to be dealt very cautiously and the issue has precisely been described in my proposal.

“The British economic situation is getting better gradually.this is a good news for the curry industry in the UK,” he observed.

“The UK premier coined the Curry Awards as the ‘Oscar’s of the Curry industry.we’re very fortunate that the British Prime Minister showed unconditional support to help propel the cuisine industry encouraged by its contribution to the UK economy”

At present, there are some 9,500 restaurants in Britain, mostly owned and run by around 80,000 Bangladeshi employees with 3.6 billion pound annual turnover.