Bangladesh Faecal Sludge Management Network (FSM Network) organised ‘FSM Convention 2016’ to share, learn and highlight national work and progress on faecal sludge management (FSM). The daylong conference took place today at the city’s LGED Auditorium of LGED Bhaban, with the aim of ensuring a safe and sustainable faecal sludge management system in Bangladesh for improved public health and living environment for all by 2030. 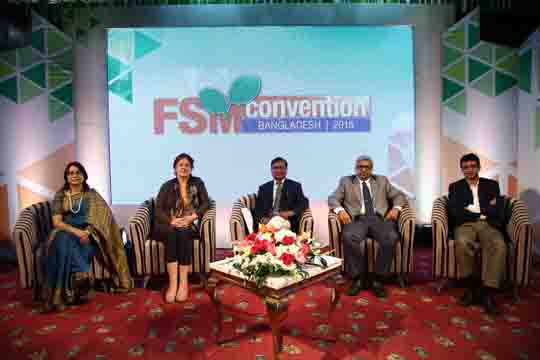 Martine van Hoogstraten, Deputy Head of Mission, Head of Economic Affairs and Development Cooperation, Embassy of the Kingdom of the Netherlands in Bangladesh, spoke as the special guest in the inaugural session of the event. Both the chief guest and special guest spoke of the potential of FSM to transform Bangladesh’s sanitation and health landscape, with Mr. Mahbubul Alam adding that, “FSM needs to be incorporated in the government planning processes at the town and city levels, along with support solutions in the rural context.”

In the conference, speakers including Professor M Ashraf Ali, Director, ITN-BUET and Professor Mujibur Rahman, BUET, noted that Bangladesh has achieved the remarkable feat of near-elimination of open defecation. However, the rapid increase in on-site sanitation leads to the risk of massive environmental pollution from unsafe emptying and dumping of faecal waste. They strongly spoke for the pressing need to develop proper FSM systems that will enable containment, emptying, transport, treatment and disposal.