As predicted by International Monetary Fund (IMF), Gross Domestic Product (GDP) of Bangladesh this year is to be a little over five percent, lower than the six percent GDP last year. 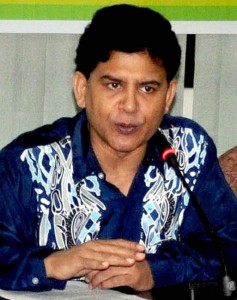 Apart from the political instability, investment stagnation and reduced remittance inflows are also quoted as major cause of slowdown. As per Bangladesh Bank, remittance flow has dipped by seven percent in the initial eight months of this fiscal year.

The country went through a period of nationwide protests and turbulence during the elections that took place on January 05, 2014. But one of the blows that the youth faces due to the slowdown is the growing unemployment.

Therefore, to recover from the slowdown and battle chronic poverty, country’s government needs to encourage investment and develop business confidence among other solutions.