A new Google Glass app in the works is anything but smoke and mirrors.

Patrick Jackson, a firefighter and self-taught programmer in Rocky Mount, N.C., is working on a Google Glass app that may very well change the way firefighters do their jobs. Initial versions of the app already help with minor tasks, such as receiving messages from dispatch or identifying nearby hydrants. But these features are small potatoes compared to what Jackson’s app may ultimately accomplish. 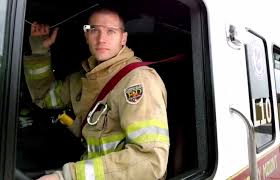 Jackson envisions that the app may someday be able to provide maps and floor plans to firefighters battling smoke in unfamiliar buildings, or provide extraction diagrams for when firefighters need to safely remove civilians from a vehicle. Some of these features are detailed in the video, below, although they aren’t actually available yet, Jackson said.

However, that doesn’t mean they’re far off. Jackson believes he may be able to have a version of the app ready for use in the field in the next six months, most likely before Glass is even available to the public.

Glass will likely be used by firefighters in management and safety roles, that is, those outside the building giving orders, as opposed to those fighting fires on the inside. One reason for this: Glass doesn’t fit under a Self-Contained Breathing Apparatus mask. Jackson said he is hopeful that Google will one day debut a version of Glass built specifically for firefighters, but is happy to build out his app in the meantime.

Jackson’s interest in computers dates back to his childhood, when he started writing simple programs as early as 7 years old. After one year at North Carolina State University as a computer-engineering major, Jackson switched schools and majors, and had a falling-out with tech that lasted nearly 10 years.

When he got his first Android phone four years ago, his initial passion and interest resurfaced. “There are so many possibilities with smartphones and mobile technology now,” he said.

Jackson’s Glass app is not his first. He also developed an Android and iOS app meant to accomplish many of the same problems he hopes to fix with Google Glass. His fire station even uses the iOS app on iPads in the engines, forgoing more traditional use of laptops. Ideally, Jackson said he would love to find a way to make money with his app, but that may be challenging considering Glass is not yet available, and the device will likely be expensive.

Still, Jackson envisions that his app can one day change the way his colleagues fight fires and save lives throughout the country. “I’m looking to provide it as a service to the fire department,” he said. “Right now, I’m still a career firefighter, and this is a side job.”