Irene Z. Khan, director general of the International Development Law Organisation, says development and democracy are not possible without the presence of a free media and freedom of speech and the government will be in the dark unless the media is free. The prominent rights activist pointed this out on Monday afternoon while delivering a speech in Dhaka, titled ‘Human rights and free media: Beneficial or impediment for development’.

Irene Khan, in her speech, talked about the history of the free media in the USA and Europe and 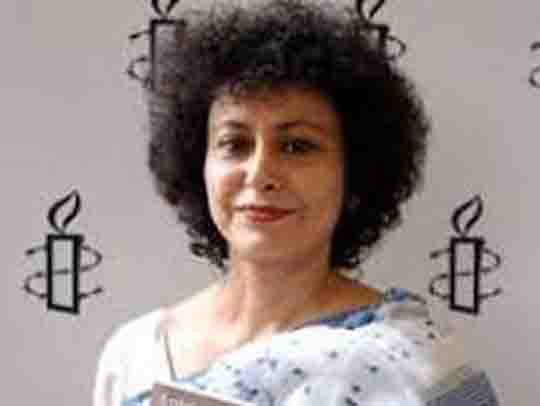 also about the media of developing countries including Bangladesh.

In a democratic country, political leadership gets challenged when people enjoy freedom of speech. Journalists can disclose information among the common people and this can start a process that ensures a government’s accountability to its people, she said.

The government can in no way decide what the media and individuals are to say or not to say. Development, free media and human rights are not separate.

Free media is good for the people and it directly supports good governance. People in countries where the media is not free, do not even know what’s going on in their own country, even lesser incidents within the country, she added.

Giving an example, she said people of China learned little idea about AIDS until some activists made a noise about it.

Governments remain in the dark if they controls the media against open reporting, said Irene, also a former secretary general of Amnesty International.

Appreciating Bangladesh’s Right to Information Act, Irene said the media should be given opportunities to grow, and not so controlled. More and more newspapers and platforms of electronic media are needed and they should be given much more freedom.

Readers should be given an opportunity to select which media they want to access and be able to choose their preferred government, she added.

However, today media houses enjoy less freedom compared to any other time and on top of that media houses owned by individuals have become of particular concern. Freedom of the media is never above accountability, she said.

When asked how media could work freely while handling such pressure from various quarters, Irene said the media houses will always bear direct or indirect pressure but they must be firm in their position and reach their readers and viewers with news that is a truthful and clean.