Sheikh Hasina the AL President invites BNP and other political party to join the National election in 2023. At the AL executive committee meeting, PM announced joining them in the national election. In the meeting, some important decisions including the upcoming national election, and the economic development of BD have taken. 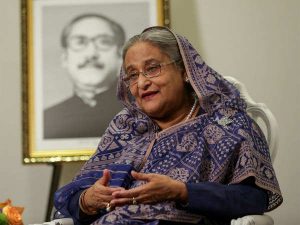 In her speech, she said AL come to power by proper exercising the voting rights and the people keep their words by voting for the boat. She also added that AL  did not come to power by the back door, as some assumed. The Awami League has never been a second-rate player in the game of electoral politics mentioned by Sheikh Hasina. On Saturday, she made this statement.

Mirza Fakrul Islam Alamgir the secretary-general of the Bangladesh Nationalist Party (BNP) stated that BNP won’t come to national elections if Hasina remains in power. In a press conference on Sunday, BNP secretary general Mirza Fakhrul Islam Alamgir said that EVM is the next issue. If the Awami League government does not resign and power is not handed over to a completely neutral government, there will be no question of elections.