Mr. Francois-Gabriel Ceyrac, Director of ICC National Committees and Membership recently passed away in his sleep at his home in Paris. His death has come as a great shock to all at International Chamber of Commerce, The world business organization (ICC) around the world. 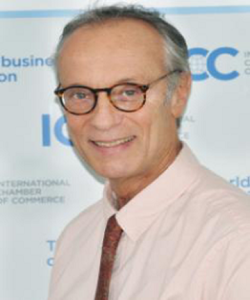 Mr. Ceyrac also played an important role in developing and maintaining organizational relationships with outside constituencies, including banks, national chambers of commerce and associations.Francois spent over 30 years at ICC—most recently in the role of Director of National Committees and Membership—and he leaves behind an organization which is much stronger, thanks to his tireless work.

Francois played a central role over many years in extending and strengthening ICC’s global network. His contribution to the strengthening, development and promotion of ICC network worldwide will always be remembered by all members of ICC family.