No room for Naeem, Shahriar in Tigers’ WT20 30-man squad

Opener Imrul Kayes and all-rounder Farhad Reza were rewarded for their consistent performances on the domestic circuit as they were both included in the 30-member initial squad for the ICC World Twenty20, which was announced by the Bangladesh Cricket Board on Thursday. 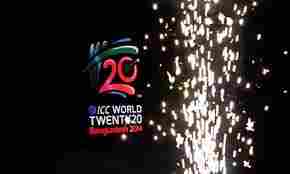 Imrul scored heavily in the Dhaka Premier League to push his claim for a comeback, while Farhad contributed with both bat and ball to make his case stronger in the eyes of the national selectors.
Both of them scored centuries at the BKSP for their respective sides in the recently concluded first round matches of the Bangladesh Cricket League to show their batting form.
While the in-form duo returned to contention for spots in the Tigers’ ICC World Twenty20 squad, Naeem Islam did not share the same fortune despite making a century in the BCL himself.
Neither Naeem nor Bangladesh’s first Twenty20 captain Shahriar Nafees were included in the 30-member squad as the selectors opted to inject new blood into the side. Naeem played in the Tigers’ most recent T20 International against New Zealand in November.

Pace bowler Subhashish Roy and Taizul Islam were drafted into the squad, while the experienced Arafat Sunny was also included. There was also a place for Taskin Ahmed, who recently recovered from injury.
‘Both Imrul and Farhad were consistent in the domestic circuit throughout the season to earn a place in the 30-member squad,’ selector Minhajul Abedin told New Age.

‘They had been in good touch, which was considered before taking them.’
‘We are not thinking about Naeem Islam for this format because of the way he is batting these days.’
The former national captain said that they had opted for Taskin Ahmed and Subhashish Roy as there is a shortage of pace bowling options.

‘Arafat is playing well in the domestic circuit, and because the tournament is at home we are thinking whether we can use him or not as his way of bowling is very suitable in Bangladesh.’