Earlier this week, two prominent environmental organizations named their top 10 most polluted places. One of those sites – Hazaribagh in Dhaka, the Bangladesh capital – is a place  I know well. It’s home to 150 or so leather tanneries densely packed into a residential neighborhood. How did it become one of the most polluted spots on the planet? High international demand for leather shoes and belts from Bangladesh combined with decades of non-enforcement of environment and labor laws.

None of those tanneries have effluent treatment plants. Each day, they discharge 21,000 cubic meters of tannery waste into gutters that flow into Dhaka’s main river. This toxic mix contains chromium, lead, and other chemicals, as well as animal hair and flesh. 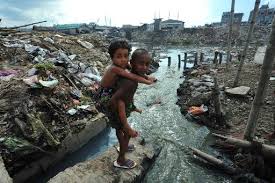 Many people in the surrounding slums bathe in polluted ponds and breathe tannery gases, while wastewater floods their houses in monsoon season. The Human Rights Watch report on the tanneries a year ago spurred the Department of Environment to issue fines on two tanneries in February. Little else has been done to fix the problem.

The tanneries shouldn’t still be in downtown Dhaka. In 2001, the Bangladeshi Supreme Court ordered the tanneries to install the means to treat their effluent and to move out of Dhaka. The government recently announced a plan to relocate the tanneries by December 2014 – but there’s a litany of broken deadlines stretching back to at least 2002.

The overwhelming majority of leather tanned in Hazaribagh is for export, and the sector is booming. Italy is the largest European importer of Bangladesh leather (at US$85.5 million for financial year 2013). Italy mostly imports sheets of leather, with products manufactured locally. Despite this, a recent EU-commissioned study on leather labeling found that “Traceability [labeling of leather products] is seen by most [EU] stakeholders as prohibitively expensive.” It’s hard to see how the horrific health costs to Hazaribagh’s workers and residents are being factored into that calculation.