An entire village is in deep mourning over the death of one of its most revered and respected members, Guru Suruj Dewan.

Guru Suruj, 78, was a Holy Man, wise beyond his years, and a man of great compassion who served the poor and needy. Today a dark cloud of sadness hangs over the picturesque village of Haydarabad Ward-39, Gazipur, for the homeopathic doctor it admired and so loved.

He devoted his life to caring for the welfare of people on earth and helping them to prepare their souls for the afterlife. He was a man of God, a servant of man, and a man of peace who never failed to demonstrate love for all mankind, regardless of race, creed or nationality.

His mother Komola Begum and father Kalu Miah (deceased) no doubt would have been deeply proud of their son for the unselfish contribution he made towards serving humanity. 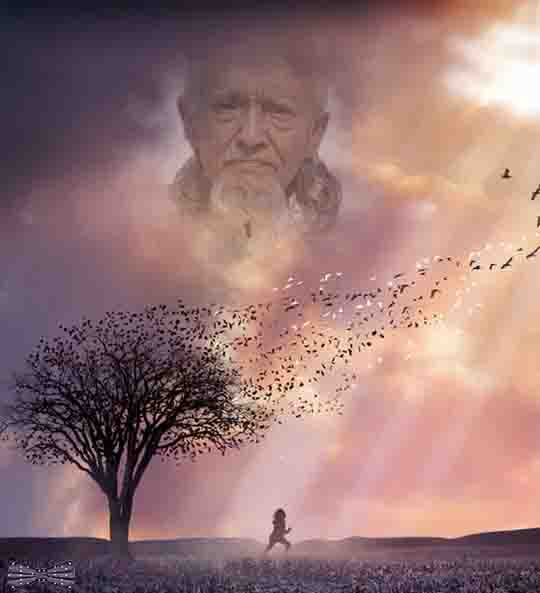 Through the years, Guru Suruj had business opportunities presented to him that would have made him rich (and famous), but his ambition was never to become rich (or famous), only to serve his fellowman, body and soul.

To help achieve his mission in life he studied by sunlight during the day and candlelight by night to became a qualified homeopathic doctor. While he himself was poor and needed financial help, he gave the medicine to the poor who could not afford it without charge or obligation. This he did for 30-years.

Nationally renowned Guru Rajjob Ali Dewan was his spiritual mentor who opened his eyes to universal truths. Once on the heavenly highway, there were no U-turns, no turning back for him.

When his death was announced, many shops in the village closed and hundreds of people attended his funeral service to pay their last respects.

I knew him for over two decades. He was the first to speak with me in broken English. He always greeted me with a friendly smile, as he did everyone. He was easy to spot, even in a crowd. His distinctive long flowing grey hair and long grey beard made him instantly recognizable. His appearance in a distance triggered hand waves of friendship from fellow villagers as a salute of respect.

He was father to Anora Begum and Nasir Dewan from his first marriage and stepfather to Ali Akbar, Shaheda Azad, Ali Nawaz, Moriym Akter and Halima Sayed Badhan from his second wife, Hamida.

Both Suruj and Hamida were devoted to each other and shared similar spiritual beliefs. Hamida, a midwife and celebrity in her own right, has delivered more than 1,000 babies in Haydarabad and surrounding villages.

Guru Suruj was a proud and Holy man in word and deed who deservedly held the respect of all in his community. He was an outstanding Bangladeshi, a man of immense inner strength, inner peace, courage and dignity.

For almost two years, he suffered from asthma attacks that caused him continuous bouts of painful coughing throughout the day and countless sleepless nights. He died peacefully with his head on the left shoulder of his loving wife, Hamida, at 5.20am on September 01, 2018.

Guru Suruj will be remembered for his astonishing spirituality and having lovingly touched and enriched the lives of many.

May Almighty Allah welcome him home with a heavenly fanfare and embrace him eternally.