India and Bangladesh on Monday launched a joint survey to record the “choice of nationality” of 51,584 people in 162 enclaves in each other’s territories ahead of the July 31 integration of the land with the respective mainland under the historic Land Boundary Agreement (LBA).

Officials said 50 teams began the survey in 111 Indian enclaves in Bangladesh while 25 teams went inside India to carry out the identical task in 51 enclaves in India.

They are expected to complete the survey by July 23. The launch of the survey comes exactly 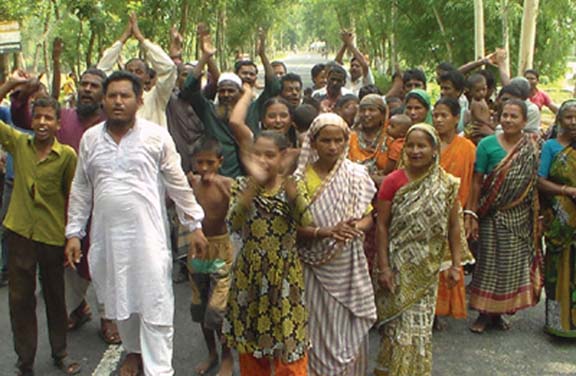 a month after the two neighbours sealed the landmark deal to settle the 41-year- old land boundary dispute through exchange of territories, removing a major irritant in bilateral ties.

“Each team comprise five men representing both countries and they are asking the enclave residents which nationality they opt for… they will have to complete their task in next 16 days and submit the findings to the respective authorities of the two countries,” a home ministry spokesman said.

According to earlier reports, a joint delegation of Bangladesh and India will finalise the survey and prepare a list of intending Bangladeshi and Indian nationals while the two governments will then finalise the list by July 31 and arrange for their rehabilitation in the country of their choice.

Unofficial surveys earlier found all residents of 51 Bangladeshi enclaves inside India would opt for Indian nationality while 1,057 people of 223 families in 99 of the 111 Indian enclaves inside Bangladesh territory were willing to go to the Indian mainland.

On the first day of Prime Minister Narendra Modi’s maiden visit here on June 6, India and Bangladesh swapped documents regarding the LBA that paves the way for operationalisation of the 1974 pact under which 161 enclaves under the control of either countries will be exchanged.