India has requested Nepal to reduce its trade deficit by exporting electricity to New Delhi. During his meeting with top officials of the Himalayan country in Kathmandu on Sunday, Indian New and Renewable Energy Minister Farooq Abdullah said that it would be the ideal way for the hydropower-rich country to reduce trade deficit. According to Abdullah, it will be a “win-win situation” for the two South Asian neighbours because the proposed deal will not only help Kathmandu utilise its hydropower potential, but also help India meet the growing demand for electricity. 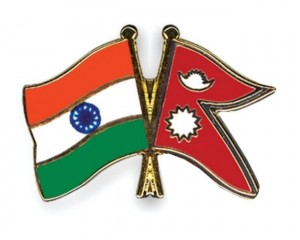 After inaugurating a three-day trade expo in Kathmandu, the visiting minister said: “Without energy we cannot bring economic prosperity and both India and Nepal can benefit if we work together in developing Nepal’s vast hydropower potential, which is God-gifted.” He also said: “Nepal can reduce trade deficit with India by selling energy to it. We should work together for mutual benefits. We should cooperate in such a manner that both the countries will be in a win-win situation.”

The Himalayan country, which is rich in water resources, has the potential to generate 83,000mw of hydropower. However, it is currently generating just 674mw of hydropower from the total installed capacity of 705mw. As a result, India has decided to help its neighbour in utilising its full potential. The two countries have already started co-operating in the construction of dams on Bagmati, Kamala and LalbakaiyaRivers. And the Indian minister stressed: “Political consensus and certainty of law and regulation is a must to draw investment from India in the hydropower sector.”

Meanwhile, Abdullah also discussed different aspects of bilateral relations and the current political scenario in Nepal with President Ram Baran Yadav and Chairperson of Interim Election Council Khil Raj Regmi during his stay in Kathmandu. This is the first visit to Nepal by an Indian official after the November 19 Constituent Assembly Elections.

During his meeting with the Nepali president, Abdullah expressed hope that major parties in Nepal would definitely get success in their efforts to draft a new Constitution in the next 12 months. He also advised the top leadership in Kathmandu to create an investment-friendly atmosphere to attract foreign investors.

Abdullah, meanwhile, stressed that the expo would attract Indian investments in energy and IT sectors of Nepal.