A tripartite delegation from Bangladesh, composed of 11 members from the government, business associations and trade unions, took part in the ‘European Conference on Living Wages’ in Berlin, Germany.

The conference was jointly organised by the governments of Germany and the Netherlands held on November 25-26, said a media release issued on Thursday. 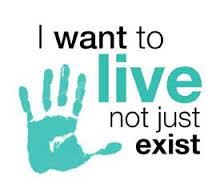 Dutch Minister for Foreign Trade and Development Cooperation Lilianne Ploumen highlighted the conference as an important step towards the realisation and implementation of “living wages” worldwide.

A living wage meets the basic needs of a worker and his or her family. This includes food, housing, clothing and other expenses such as education and medical costs.

The conference is aimed at coordinating different approaches by combining efforts to promote a living wage for a worker, which is internationally recognised as a human right.

The delegation from Bangladesh made numerous contributions and brought forward the discussions by bringing in different perspective as well as concrete examples from the country.