Bangladesh economy is moving on a stable path, despite external and internal challenges. With positive near-term macroeconomic outlook, declining inflation, rising reserve, contained fiscal deficit and stable public debt, which indicates brighter prospects. The country is among the top 12 developing countries, who achieved 6 plus percent growth in 2016. According to experts by any standards, Bangladesh economy is doing well and expected to achieve above 7% GDP this fiscal, according to the editorial of the current News Bulletin ((July-September 2016 issue) of International Chamber of Commerce-Bangladesh (ICCB) released today.

The key challenges for Bangladesh in FY 16 were acceleration of private investments and the better use of public sector resources to implement important infrastructure. The decline in 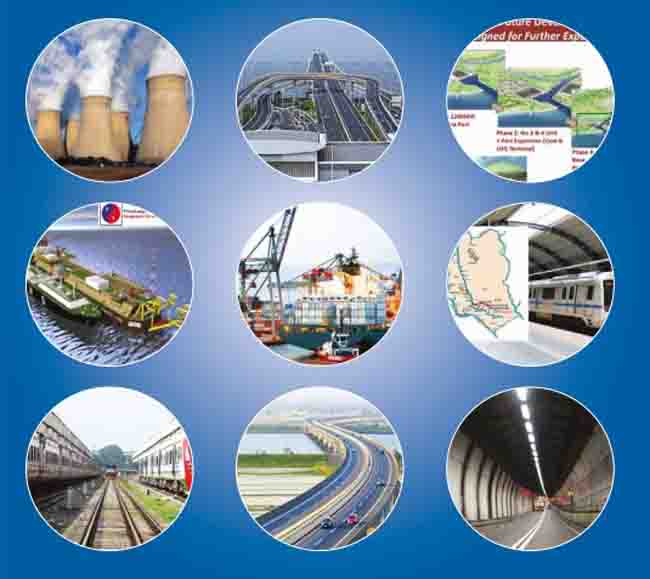 During three months of the current FY many of the fast-track projects have attracted foreign investment. The Asian Development Bank announced $1.5 billion fund to build a key train line from Dohazari in Chittagong to Cox’s Bazar, in its largest investment in railways in the continent. ADB is funding this new railroad, which is part of the Trans-Asia Railway network, to improve Bangladesh’s access to Myanmar and beyond.

China Rail Group Limited has signed contract for Padma rail link, which is Tk 349.88 billion. DP Rail a British company has proposed to invest $7.5 billion in the Dhaka-Payra seaport rail link project. The rail link between Dhaka and Payra is crucial, as the government plans to build it as the main seaport of the country by 2022. Payra sits on the Bay of Bengal and has all the potential to become an international seaport, but its road and rail links with Dhaka and other parts of the country are poor at the moment.

During last seven years $8 billion was invested in the power sector in public-private partnerships and another $13 billion are in the pipeline. The investment has resulted in access to electricity for nearly 80 percent of the population. “But still there are unlimited opportunities of investment in the power sector, as we will need to generate some 24,000 MW power by 2021.“

To achieve its goal of middle-income country status by 2021and to accelerate inclusive growth as well as reduce poverty and income inequality, the country will require a substantial increase in yearly investments from 29.0% of GDP in FY2015 to 34.4% of GDP by FY2020. More than $11 billion in external resources will be needed for public sector investment. For its strategic location Bangladesh has huge potential to attract more foreign direct investment (FDI) as the central point of eastern part of South Asia, being a connector between South and East Asia.

Bangladesh has also signed WTO Trade Facilitation Agreement, which is expected to allow Bangladesh to increase and diversify its export basket. The major three economy of the region—China, Japan and India proposed to make huge investment, mainly in infrastructure development including energy. With the timely implementation of various projects, Bangladesh will definitely be able to attract more FDIs in the very near future.

In order to attract FDIs, the government agencies have to be more vibrant and proactive. The recent merger of Board of Investment and Privatization Commission into one body – Bangladesh Investment Development Authority, in short called BIDA, hopefully will be able long demanded “ONE STOP” service in real sense to attract FDI.