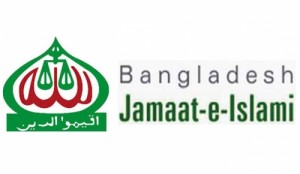 Investigating agencies CBI and Enforcement Directorate have stumbled upon sensational information that suggests fanning agitation against the Awami League government, Sen sent large amounts of cash through an influential politician, who is now a Rajya Sabha MP.

The CBI contacted various agencies of the Ministry of Home Affairs as well as the Ministry of External Affairs and learnt that several dossiers have existed for decades about the MP with the home department of the state government.

All these agencies were aware of the MP’s antecedents and links with various Islamic fundamentalist organizations, including SIMI, of which he was a key member.

The CBI and ED learnt that funds collected from the public through Saradha’s chit fund schemes were centrally deposited at the group’s offices in Salt Lake.

After being accounted for, hundreds of crores were transported to various centres close to the India-Bangladesh border.

The cash was put in huge bags and taken by ambulances belonging to the Saradha group.

The Indian currency was then secretly converted to Bangladeshi Taka and European currencies at a “Foreign Currency Convertor Centre” belonging to a man from Kolkata.

Armed couriers of radical Islamic outfits would then smuggle the converted currency across the border under the cover of darkness.

The deal was that Sen would finance these radical outfits, mainly the Jamaat-e-Islami Bangladesh, but separately large amount of his funds would also be delivered to designated places in Bangladesh.

The leaders of these outfits had to arrange for Sen’s funds to be sent to banks in Europe through their couriers.

The sleuths believe that thousands of crores collected from Indian citizens by the Saradha group had reached these “anti-India radical Islamic groups in Bangladesh” and also to several terrorist outfits of the country who were earlier operating in Bangladesh.

Though the CBI or the ED is refusing to disclose the identity of the MP, many former senior Intelligence Bureau officials were more forthcoming.

They said they were not aware of the transfer of funds to Bangladesh but drew the attention of Union home minister Rajnath Singh, National Security Advisor Ajit Doval and also the PMO.

Former Special Director, Intelligence Bureau, Dhanesh Chandra Nath said, “We all know who this man is. It’s unfortunate that West Bengal CM Mamata Banerjee sent Ahmed Hassan alias Imran to the Rajya Sabha despite knowing his antecedents. When SIMI was banned in 2001, Mamata Banerjee was a Union minister and she should have known about its leader’s activities in West Bengal. What is of serious concern to us is the planned infiltration of the known subversive elements into the most sacred and highest corridors of power,” he said.

Nath, who was earlier Joint Director, SIB, in Kolkata for six years, revealed that Ahmed Hassan during his days at Aligarh Muslim University came in touch with SIMI and was given charge of West Bengal and he was also Amir-e-Halka for Jamaat-e-Islami Hind for eastern region of the country.

In 1981, Ahmed Hassan started a Bengali magazine Kalam from 19, Dargah Road but later in 1998 shifted to another address on 45, Elliot Road. The Dargah Road office then became a guest house for SIMI. Intelligence agencies have reports of SIMI’s link with Islamic Development Bank, which is headquartered in Abu Dhabi.

There are reports that Ahmed Hassan was the key man for IDB in eastern India while managing director of IDB, Mamul Al-Azam, son of president of Jamaat-e-Islami Bangladesh, Golam Azam, is his close friend.

After turning Kalam into a daily and having come in contact with Sen, he sold the newspaper to the Saradha group, but remained editor. Hassan was introduced to Sen by suspended TMC Rajya Sabha MP Kunal Ghosh, who was a journalist and media advisor to the Saradha group, and now in jail. During the function of the newly launched paper Dainik Kalam, Mamata Banerjee attended the inauguration and heaped praises about its “journalistic ethics”.

The ED served two notices to Ahmed Hassan to question him about his financial transactions with Saradha group.

He ignored the two notices saying he was “busy with the Lok Sabha elections being a TMC Rajya Sabha MP”. But now the ED in a strongly worded summon has directed him to report to its office by Monday, failing which strong action would be initiated against him.

An ED officer said, “We have concrete evidence against him. He was in charge of a Bengali daily financed by Saradha and was involved in financial transactions. If he doesn’t respond, we will move court and seek permission to arrest him.”

When contacted, Ahmed Hassan denied receiving any notice. “I am yet to receive any notice but am willing to cooperate with the investigation,” he said.