Japan today proposed to play an active role as a mediator in Tokyo between Bangladesh and Myanmar to find a peaceful solution over Rohingya crisis.

“We (Bangladesh) will consider the proposal…. Japan has showed its political will to resolve the issue (Rohingya crisis),” Foreign Minister Dr AK Abdul Momen told newsmen after a bilateral meeting with his Japanese counterpart Tara Kono at the State guesthouse, Meghna, here, reports BSS. 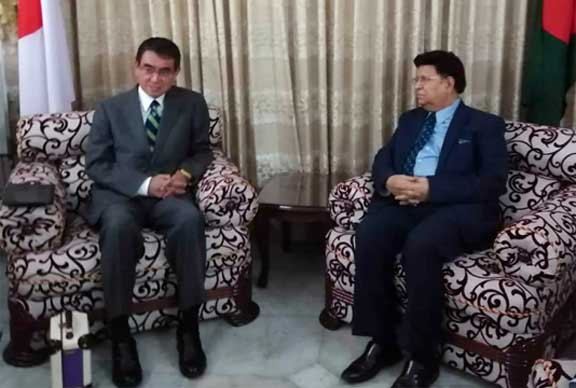 He said Japanese foreign minister will be on Bangladesh’s side in resolving Rohingya crisis, trying convince Myanmar to act faster for creating conducive environment in Rakhine to start the repatriation process.

“He (Kono) will go to Naypydaw from here to convey our message to Myanmar,” Momen said.

Japanese foreign minister held the meeting after visiting and interacting with Rohingyas at their makeshift camps in Cox’s Bazar. Kono leading a 13-member delegation arrived here on Monday night on a three-day official visit, mainly to discuss the Rohingya crisis.

Besides the Rohingya issue, other matters related to further strengthening of Bangladesh-Japan ties were also discussed during the meeting.

The two sides agreed to further develop the bilateral relationship through high level mutual visits at different arenas ahead of the 50th anniversary of the establishment of diplomatic ties between Bangladesh and Japan in 2022.

Momen assured his Japanese counterpart about Dhaka’s support for Tokyo in the election as a symbol of friendship between the two countries.

The Japanese foreign minister today also paid his rich tribute to Father of the Nation Bangabandhu Sheikh Mujibur Rahman by placing wreaths at his portrait at Bangabandhu Memorial Museum in Dhanmondi here.

The Japanese foreign minister will leave here for Myanmar tomorrow. 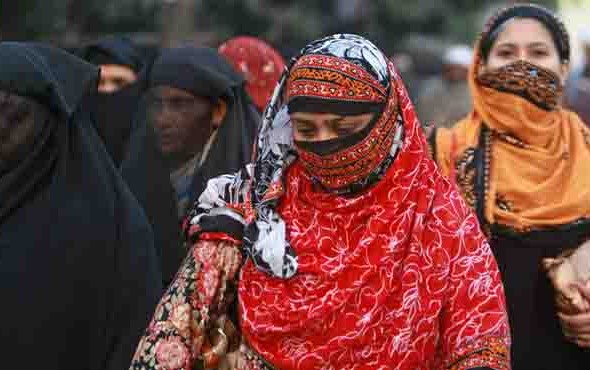