The Kingdom of Saudi Arabia (KSA) and Bangladesh are set to hold bilateral talks on broadening their cooperation in the health sector in Riyadh on Sunday.

Bangladesh Minister for Health and Family Welfare Mohammed Nasim and Health Minister Dr. Abdullah Al-Rabeah are scheduled to meet at the MOH headquarters in Riyadh today. 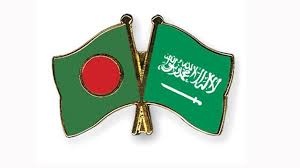 Nasim arrived in Jeddah on Friday and performed Umrah with his accompanying team.

On arrival in Riyadh on Saturday, the visiting minister was received by Dr. Taha Malibary, adviser to vice minister of Health Affairs and key officials from the Health Ministry.

The other members of the ministerial delegation include Mohammed Neazuddin Miah, Ministry of Health and Family Welfare secretary, Prof. Pran Gopal Datta, vice chancellor of Bangabandhu SheikhMujibMedicalUniversity, and senior officials.

“This is the first official visit of the Minister of Health and Family Welfare of Bangladesh to any country, after the formation of the new government,” Ambassador Islam told Arab News on Saturday.

The envoy described the visit as significant since key matters related to the health sector as well as cooperation in medical education will be discussed in the forthcoming meetings.

On Saturday, the visiting minister attended a reception hosted in his honor by the expatriate Bangladeshi community at the Riyadh Palace Hotel.

The minister will also hold talks with the Deputy Secretary General of the Saudi Commission of Health Specialties in Riyadh on Sunday before his departure to Geneva to attend a two-day meeting on e-health standardization at the World Health Organization (WHO).

According to Deputy Health Secretary Sayedul Islam, the Bangladesh delegation will highlight the successful introduction of e-health services in the country. Bangladesh has been successfully using different software to collect, use and store data, Sayedul said, adding that WHO officials will be shown how the Bangladeshi system would be helpful for other countries to exchange data. Speaking anonymously, a ministry official said Bangladesh will get a prize and official recognition from the WHO for successfully introducing e-health in the country.