Abdul Kuddus Mizi, a Bangladeshi worker who has been admitted to hospital following an accident at workplace is hopefully waiting for well-wishers’ help for the last six months to go back to his home country, social workers claimed. 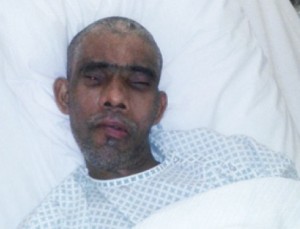 Abdul Kuddus Mizi, the victim was admitted to hospital in May after he met an accident at his workplace in Amerat.

“A piece of wood fell on his head and he was severely injured. He was in coma for a few months but his condition has improved a little bit since. But he seems to be extremely weak and has loss of memory. As per the medics, his treatment is over here and it’s better to repatriate him,” Mohammed Sanaullah, a Bangladeshi social worker, told Times of Oman.

“Medics are advising that he be sent back as soon as possible with the assistance of a nurse during the travel. But the hurdle in front of us is that we need OMR1,550 to meet his travel expenses, including the expenses of the nurse who is going to accompany the victim,” Sanaullah added.

Meanwhile, an embassy official said that his office is coordinating with the local social workers and Bangladesh government authorities to make the repatriation as soon as possible.

“We are trying our best to do it as soon as possible. Till now, we have got only a few details about his documents. He is in a disorientated state and we were not able to get more details.

“We were not able to get his family details back in Bangladesh but we have already contacted the Bangladesh government to sort out the issue. We hope that soon he will be repatriated,” a senior official from the Bangladeshi embassy in Muscat said.

“From the Mission office, we are providing all kinds of assistance, as is possible,” he added.

According to the details available, the victim belongs to Chandpur district in Bangladesh.

Those who wish to help can contact 99850377 (Sanaullah) or  email readersclub@timesofoman.com.