Deputy Premier and Minister of Interior Sheikh Mohammad Al-Khalid has unveiled a plan to allow companies to recruit additional Bangladeshi workers for gardening, farming and cattle breeding – more than the 25 percent set by the Ministry of Social Affairs and Labor earlier, says MP Talal Al-Jalal In previous reports, the Ministry of Social Affairs and Labor said it has been discussing with its interior counterpart the possibility of allowing the recruitment of Bangladeshi laborers to address the manpower shortage in the farming sector; provided the Bangladeshis do not exceed 25 percent of the total workforce. 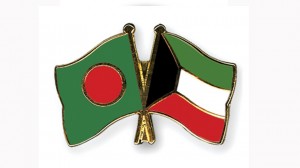 The ministry will also require the workers to obtain police clearance and medical fitness certificates from their country of origin to be validated by the Embassy of Kuwait there. Al-Jalal disclosed Sheikh Al-Khalid made the announcement when they met recently, during which they talked about the suffering of cattle and farm owners due to shortage of laborers; hence, the need to allow them to hire workers from abroad. He said the minister had asked the Ministry of Social Affairs and Labor to increase the percentage for Bangladeshi workers. He then praised the minister for responding positively to his request, hoping this will address the manpower problems of citizens who have been suffering for quite some time due to the lack of people with the ability to do the abovementioned jobs.

On the other hand, MP Abdullah Al- Tamimi called for reducing the number of expatriates in order to protect the welfare of Kuwait; affirming that he is keen on addressing the issue of excessive foreign workers in government institutions.

He forwarded several questions to the state minister for Cabinet Affairs as he wants to know the total number of foreign workers in the government sector, their job titles, qualifications and other related information which will be used as a guide in issuing legislation in this regard. He claimed the unemployment problem in Kuwait is worsening because the expatriates are taking most jobs; while the Kuwaitis and Bedouns, who are also qualified, remain jobless.

He lamented the country has been incurring huge financial losses due to this issue; citing traffic congestion, deterioration of public services and rising unemployment rate as sources of losses. He urged the minister to respond to his queries while appealing to his colleagues to focus on the interests of the public; particularly the need for jobs. In another development, Head of the Budgets and Final Accounts Committee MPAdnan Abdul Samad alleged that further delays in solving the housing problem led to a remarkable increase in the cost – from KD192 million to KD208 million per year. He said the total capital and reserves of the Credit and Savings Bank (CSB) is estimated at KD4.887 billion, which clearly manifests its financial strength.

He argued Kuwait has no problem in its general budget which increased from KD8 to KD10 billion in recent years, while the CSB has excess liquidity of about KD 1.132 billion. Addressing the state minister for Housing Affairs, Abdul Samad asserted the housing issue is not at all related to finance because it requires strong will and bold political decision.

He pointed out the population of Kuwait is 1.3 million and its budget is KD30 billion, so money is not an issue in terms of solving the housing problem. He added the capital of CSB and its available liquidity will greatly contribute to efforts to address the problem. Meanwhile, commenting on the advertisement published in local newspapers that the Ministry of Justice accepts only male applicants for the legal researcher post; MP Safa Al-Hashem demanded for the immediate withdrawal of the advertisement, which she considers offensive and baffling. She asserted this is her first and only warning, indicating, “We are in a civilized and well-respected country where this kind of advertisement is unacceptable.”

On another issue, the MP said she presented a proposal to refer queries submitted to ministers, which the latter refused to answer on grounds of unconstitutionality, to the constitutional experts for revision. In the meantime, MP Mohammed Al- Huwailah stressed the need to upgrade the Customs Department to be on par with international standards. He said the customs personnel should complete a series of training courses to better serve the public. He also recommended the implementation of the single-window system in the borders and the concerned authorities must ensure the smooth movement of goods. Other suggestions in his proposal include the development of border crossings through the establishment of integrated border towns and all-inclusive customs center for consignment at KuwaitInternationalAirport.

He pointed out the land, sea and air border posts must have uniform design with all the facilities and services for passengers; in addition to the most advanced devices like those used by developed countries in detecting smuggled items such as weapons, metals, drugs, alcohol and chemicals. He added the customs should have devices for detecting counterfeit banknotes, indicating this step will ensure the customs serves as a fortified frontier to prevent the entry of prohibited goods into the country.

He also proposed the establishment of a new and separate building for the General Customs Department, since the current building is under the Ministry of Communications. He argued this step is important because the department plays a crucial role in achieving the economic development goals of the country.