Under this programme, the DFID provided Tk 370 million to support the Microcredit Regulatory Authority (MRA) in 2007. The project is going to end June this year, reports The Financial Express. 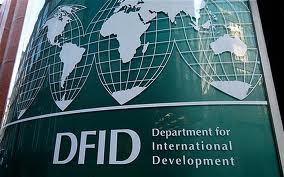 The DFID support was instrumental in providing the MRA with core operational funding in its early years before government resources became available. It also provided technical expertise about regulation, economic analysis and IT. Besides, the fund was used for getting a permanent office space with co-funding from the government.

“We have been discussing the extension issue with the DFID, but we did not get any assurance yet,” Md. Shazzad Hossain, director-3 of the MRA told the FE.

According to MRA sources, the newly-established regulator did not have enough operational fund the government in 2007. The DFID fund helped it grow and to be independent.

Currently, the MRA has 34 officials and staffs under this project most of them being experts recruited before government employment.

However, the government has not approved yet full-pledged organogram for the MRA though seven years had passed since its establishment.

The MRA was established to ensure transparency and accountability of micro-finance institutions (MFIs) in the country. It is the central body to monitor and supervise operations of the MFIs in the country.

Currently, 731 MFIs are registered with the MRA. These registered NGOs are serving more than 40 million out of the country’s 160 million people.

With a view to bringing the MFIs under a regulatory framework, the then government in July 2006 enacted the Microcredit Regulatory Authority Act, 2006 (Act No. 32 of 2006), which became effective from August 27, 2006.

The MRA is now in a process of granting licenses to more 300 MFIs.

The MRA director said if the project could be extended by at least one year, the MRA’s own organogram would be passed.

Under the new organogram, the MRA would have enough expertise for full-pledged operation across the country.