In Bangladesh, less than a quarter of the impoverished country’s 153 million people are using the normal banking system in their monetary transactions.

But things are changing across Bangladesh with an easy and safe way to send or receive money through the mobile banking system. Mobile banking is not only boosting financial inclusion but also helps accelerate the country’s economy, especially in rural areas where 70 percent of the population lives. 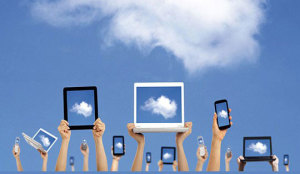 It is not an exaggeration to say the Bangladesh Bank-regulated mobile financial service has started a “revolution” in the country ‘s banking sector, giving Bangladeshis an easy access to financial services that they have not known or used for many years.

Hasna Begum, who works in a garment factory in the mega industrial belt Ashulia on the outskirts of Dhaka, can now transfer money to her father in their village in Gaibanda District through mobile banking every month. She used to send money through the informal sector or through acquaintances because there were no banks in the village.

But Begum said she is now free from all kinds of worries because she remits money through her account with bKash, a leading mobile financial service provider in Bangladesh.

“My father receives the money instantly since he has also his own mobile bank account,” Begum said, adding that the service is not only time-saving but also the safest and most cost-effective.

Mobile banking does not need a bank branch to provide services to rural folks like Begum’s parents. It has made life easy for millions of rural Bangladeshis and their relatives living and working in cities and towns.

They can easily send and receive money anytime from anywhere by using their mobile phones. Officials said that mobile financial service is gaining momentum in the country as the number of the registered mobile banking customers has been on the rise.

The service, launched in 2011 under the guidelines formulated by the Bangladeshi central bank, provides a much-needed financial access to the under-served remote population of Bangladesh, thus improving their livelihood as well as boosting the rural economy.

Some 19 banks have provided mobile financial services to more than 21 million registered clients through 516,905 agents, many of whom belong to the country’s two leading providers – bKash Limited and Dutch Bangla Mobile Banking Limited.

“Mobile banking is designed specifically for poor or common people, or those who do not have access to the regular banking system,” said bKash CEO Kamal Quadir. His company is a joint venture between BRAC Bank Limited, a leading private commercial bank in Bangladesh, and the U.S. Money in Motion LLC.

In April 2013, International Finance Corporation, a member of the World Bank group, became an equity partner and in April 2014, Bill & Melinda Gates Foundation became an investor of the company. Quadir said majority of the countryside poor cannot access the regular financial services but they have mobile phones.

He said that there are now more that 121 million mobile phone users in the country, who are their customers. “Now close to 21 million people all over the country have mobile financial accounts, “ he said.

Bangladesh is now ready to share its success in mobile banking with the rest of the developing world, like the micro-finance scheme that it developed and popularized years ago. The rural Bangladeshis are in most need of such services, either for receiving funds from loved ones in distant locations, or to access financial tools to improve their economic condition.