Jean Lebel, President of Canada’s International Development Research Centre (IDRC), was joined by co-editor Hameeda Hossain, a human rights activist and researcher, to launch Of the Nation Born: the Bangladesh Papers. The book charts women’s journeys toward justice, accountability, and dignity in Bangladesh after being subjected to sexual violence during and after the 1971 liberation war. 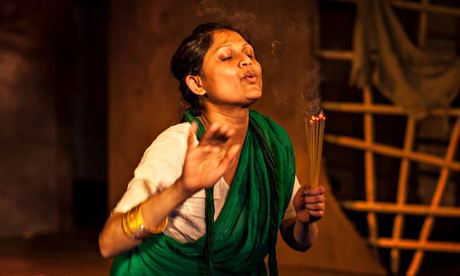 The formal release of the book took place with a ribbon-cutting ceremony on Wednesday, March 2, 2016, at the Gyantapas Abdur Razzaq Bidipeeth.

“IDRC supports efforts in developing countries to identify the root causes of gender-based violence and find solutions to sustainably prevent and overcome it,” says Jean Lebel. “The book, Of the Nation Born, helps to understand how we can create opportunities for women and girls to transform cultural, economic, and social norms, and gain access to justice.”

Of the Nation Born is part of a regional research and publication project supported by IDRC to uncover the glaring silences around sexual violence in South Asia. Led by Zubaan, a publishing house based in New Delhi, this project also aims to begin a meaningful dialogue on sexual violence and ensure that it is given the attention it deserves in Bangladesh, India, Nepal, Pakistan, and Sri Lanka.

Silence and impunity are at the heart of the issues discussed in the book. For example, the Bangladesh War Crimes Tribunal of 2009 made no mention of rape despite the fact that women had spoken out publicly about their experience. Because of their strong resistance movement, the women survivors of wartime rape gained recognition from the Government of Bangladesh in 2015.

Other IDRC-supported efforts to generate knowledge on violence against women in South Asia have helped to shape new laws, create new systems to record complaints and secure help for victims, and challenge the culture of impunity for sexual aggression.

Copies of the book can be ordered from the University of Chicago Press as of July 2016 and Zubaan.

Part of Canada’s foreign affairs and development efforts, IDRC invests in knowledge, innovation, and solutions to improve lives and livelihoods in the developing world. Bringing together the right partners around opportunities for impact, IDRC builds leaders for today and tomorrow and helps drive large-scale positive change.