He sought the assistance while newly-appointed Ambassador of Norway to Bangladesh Merete Lundemo presented her credentials to him at Bangabhaban.

Welcoming the new envoy at Bangabhaban, the President appreciated Norwegian cooperation to Bangladesh in various sectors and hoped that it would be further increased in the days to come. 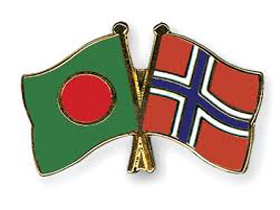 President Abdul Hamid proposed exchange of trade delegations between the two countries for promoting trade and investments. Bangladesh would like to welcome closer relations with Norway at the private sector level, he said.

The Norwegian ambassador apprised the President that her government would like to extend its cooperation to Bangladesh in many sectors particularly in energy and education, reports UNB.

Earlier on her arrival at Bangabhaban, the new ambassador was given a guard of honor by a contingent of the President’s Guard Regiment.