Stating that the police have completely gone under political control, former caretaker government adviser Akbar Ali Khan today said the situation will worsen if a commission is not formed and the concerned law is not amended in this regard. 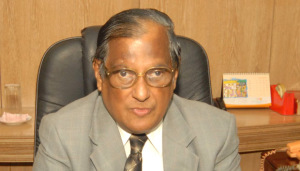 He was speaking at a programme marking seven years of the judiciary’s separation held at Jatiya Press Club.

“If necessary steps are not taken, if police commission is not formed, if necessary laws for police are not amended, the situation may deteriorate,” Akbar Ali Khan said.

Separation of judiciary is not enough to establish people’s rights of justice. Necessary change must be brought in police system as well, he viewed.

The country’s legal system, which was introduced by the British government, was faulty. Massive changes in the system is very crucial, he viewed.

“If we want to make our judiciary effective, we need to amend CRPC (Code of Criminal Procedure), evidence act, police act,” Khan viewed.

The discussants viewed that undue interference from the executive must be stopped to ensure independent judiciary.