Different business groups have sought a large amount of incentive package worth around Tk 150 billion as a contingency measure to help overcome setbacks in businesses due to the prolonged political crisis. This creates a major challenge before the incumbent government.

Economists, however, fear that if the government allocates such a huge contingency fund it would disrupt the financial discipline of the country and would shrink the private sector growth further, reports the Financial Express (FE). 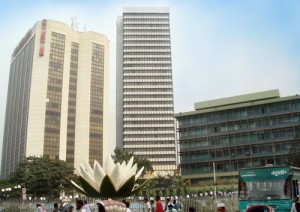 They have also sought lump-sum allocation so that they can pay salaries to the workers. They demanded loan facilities from the banks and asked not to classify their previous loans with interest-free grace period to recover the losses as their business activities are now almost suspended.

The Finance Minister already assured some business groups of providing some assistance as a contingency plan to overcome the financial losses.

Former Advisor to the caretaker government Mirza Azizul Islam said if the government wants to provide incentive package to the businessmen, the private sector credit growth would be hit hard again.

The government will have no other option but to cut development activities to generate funds for the package. While revenue earning is getting slow, aid disbursement flow is also being hampered, he pointed out.

Mr Mirza Aziz suggested a careful need assessment in allocating contingency fund as businessmen have a tendency to seek money from the government in various situations.

He also called for a cautious approach in distributing the funds as he said, “If the task is given to wrong hands, the funds may be misused”.

“If the government allows a wholesale allocation, it would put serious strains on fiscal measures,” he said.

“The financial discipline will be jeopardised, private sector credit growth would shrink and benefit of such package would go to only opportunity seekers,” Mr Salehuddin Ahmed added.

He said low-cost finance and non-performing loans (NPL) of commercial banks would burden the banks.

Ahsan H Mansur, Executive Director, the Policy Research Institute (PRI) said the incentive package would create a serious burden on the economy in the current fiscal.

“The economy is already under serious strains due to political turmoil. It will suffer further if the government arranges money from commercial banks for businessmen,” he said.

“I think until and unless a credible and participatory election is held, the economic crisis may not come to an end shortly,” Mr Mansur feared.

The Bangladesh Bank has already announced cuts in interest on loans taken from the Export Development Fund (EDF). It has allowed the members of the Leather Goods and Footwear Manufacturers and Exporters Association of Bangladesh (LFMEAB) and the Bangladesh Ceramic Wares Manufacturers’ Association (BCWMA) to take EDF finance for bulk imports against estimated requirements for up to one year on the basis of their export performance over the preceding year.

It asked the scheduled banks to offer some privileges to small and medium enterprises hit by political unrest.