In a published press statement this week, the Bangladeshi police characterized statements the two organizations made on extrajudicial executions committed by the police force as “subversive campaigns.” Further, the police accused Odhikar and BAMAK of “challenging the rule of law and the judicial system” and committing defamation and other criminal acts for characterizing the police actions as extrajudicial killings, says the release. 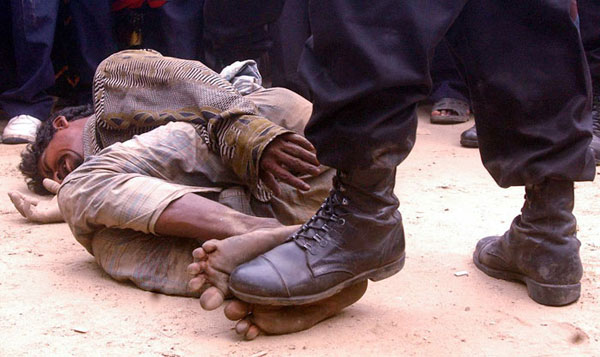 “Odhikar and BAMAK are crucial to the defense of human rights in Bangladesh, and yet the Bangladeshi police has outrageously accused them of subversion,” said Kerry Kennedy, President of Robert F. Kennedy Human Rights. “Claiming that it is unlawful for human rights organizations to present credible information on abuses committed by security forces is incredibly damaging to the rule of law that the police claim to protect. The truth is that the rule of law in Bangladesh will be strengthened only when the allegations of extrajudicial killings are fully investigated with the complete cooperation of the police.”

The statement by the Bangladeshi police is part of a larger series of attacks by the government in recent years aimed at human rights organizations, and adds to the intense pressure that the Government has been attempting to bring upon Odhikar specifically to prevent it from carrying out its legitimate human rights work. In 2013, Adilur Rahman Khan, the General Secretary of Odhikar, and Nasiruddin Elan, Odhikar’s Director, were arbitrarily arrested after publishing a report exposing extrajudicial killings by security forces. Mr. Khan and Mr. Elan were eventually charged with “fabricating information” and “damaging the image of the state” in violation of the Information and Communication (amendment) Act 2013. They pleaded not guilty and remain out on bail. This statement by the police raises serious concerns that the Government may again attempt to move forward on these trumped-up charges.

The Information and Communication (amendment) Act 2013 is part of a concerted and extensive government effort to stifle reporting and documentation about human rights abuses taking place in the country. The Act has been widely criticized for failing to comply with Bangladesh’s constitution and its international human rights obligations, including Article 19 of the International Covenant on Civil and Political Rights (ICCPR), guaranteeing the right to freedom of opinion and expression, including the right to receive and impart information, and Article 9, guaranteeing the right to liberty.

The reference in the statement by the police to “organizations using foreign funds” is also of serious concern. Recent restrictions on the ability of human rights organizations to raise money from foreign funders has dramatically limited the resources that human rights organizations—including Odhikar—have to carry out their work. These restrictions have been especially criticized as violating the ICCPR’s guarantees of the right to freedom of association and freedom of opinion and expression.

“With this statement, it is the police who are acting as though they are judge and jury, pronouncing Odhikar guilty of making unlawful statements that undermine the rule of law,” said Santiago A. Canton, Executive Director of RFK Partners for Human Rights. “That is not the role of the police, and targeting human rights organizations is incredibly problematic. Bangladesh has recently sought to make it harder for human rights organizations to operate, in violation of their international human rights obligations, and the police in this statement are acting in furtherance of that policy.”

In 2014, Adilur Rahman Khan won the Robert F. Kennedy Human Rights Award for Odhikar’s courageous efforts to improve the human rights situation in Bangladesh, even in the face of intense governmental opposition and pressure.