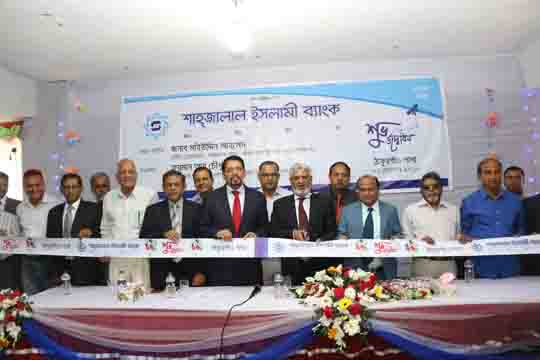 In his speech, Mr. Mohiuddin Ahmed said the banking sector is playing a significant role for the overall economic growth of the country. Shahjalal Islami Bank acquired client’s credibility due to contemporary and modern technology based services. He also said Shahjalal Bank intends to more invest in Thakurgaon area for the economic and business development. He also said, the Bank will finance in SME’s for further development and expansion of SME sector.

Managing Director Mr. Farman R Chowdhury discussed elaborately about the Bank’s deposit and investment Schemes. The Bank is working to bring back all classes of people to take them under banking services.

The opening ceremony included reciting from the Holy Quran, Milad Mahfil and Doa was held at the Branch premises. In the same day an ATM Booth also inaugurated in Thakurgaon Branch Premises.