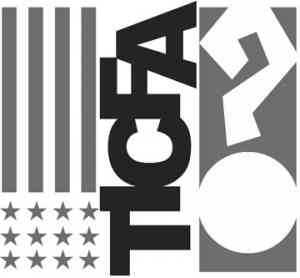 Those who advocate, or at least do not oppose, Ticfa vindicate it exclusively from economic point of view disregarding the political economy context of the US’s recent predilection towards BTI agreements and the power asymmetry of the two countries, both in military and economic terms.

Political economy of US preference for BTI:

The foreign economic policy of the US was tuned exclusively towards multilateralism throughout the post-war period for promoting a (neo-)liberal world order. The establishment of GATT, World Bank, IMF was testimony to this trend. Bilateralism was limited more towards formulating trade instruments like voluntary export restraints (VER), and trade remedies like Section 301 and later Super 301 rather than having bilateral or even regional trade agreements.

By the 1980s, US economic dominance eventually deteriorated or at least reached a position of equality or symmetry compared to other industrial countries like Japan, Germany. This symmetric interdependence compelled US government to turn towards forming regional trade blocs in the late 1980s and early 1990s.

A dynamism of various types of alliance building (Cairns group; ACP, friends of fish, G-90, small and vulnerable economies, Africa group etc) emerged in multilateral trade negotiations. Alliance building has offset the political clout of the US in recent years in multilateral negotiation, particularly after the creation of the World Trade Organization (WTO) in 1994 replacing GATT. At the WTO, the US government is no longer successful in pressing ahead with its agenda of coercing the small countries to embrace their own legal standard of trade and investment regime. This depressing multilateral diplomacy of the US at the WTO still exists along with its economically “falling behind” syndrome compared to its major trading partners and competitors.

Ticfa is not an economic cooperation or development agreement. It is practically no more than a platform unilaterally initiated by the US outside the WTO platform for bilateral negotiation over trade, investment facilitation, intellectual property rights (IPR), and other trade issues (labour standard, environment, corruption, transparency etc.). It is not sector-driven or market access-centric.

The forum agreement even reiterates the bilateral commitment of the parties to the Bilateral Investment Treaty, which was signed back in 1986 during the autocratic Ershad regime and before the establishment of the WTO for the protection of investment. It is indeed not a bilateral commitment as such, but a unilateral commitment in practical sense on the part of an LDC, struggling hard to attract foreign investment for its economic prosperity. The current US direct investment in Bangladesh is indeed one of largest after the UK. The investment now stands at $1 billion. More importantly, it has significant investment in environmentally and locally sensitive energy and power sectors. For example, Chevron is the highest US investor in Bangladesh.

Experiences of the signatory countries:

In evaluating the experiences of the southern countries’ bilateral agreements with the countries like the US, EU, Saman Kelegama, the executive director of the Institute of Policy Studies of Sri Lanka, in one of his articles titled ‘North-South Regional Trading Arrangements in South Asia,’ rightly observed that “the southern countries most often ignore the details of the trade arrangement at the start and thereby undermine the cost of market access.”

In the article he explained how US policy makers had imposed conditionality on Sri Lanka in getting access for its readymade garment products to the US markets. The conditions imposed by the US include fulfilling the stipulated rules of origin with a provision of reverse purchase of US fabrics; amendment of IPR laws to remove the obligations for compulsory licensing and of the competition policy legislation; also liberalisation of capital account for trade exchanges with the US. Same story holds with Chile and Singapore. After signing bilateral trade agreement, they have lost the authority to exercise any control over capital outflow to the US.

In most cases the inclusion of controversial issues in the US bilateral trade agreements is actually the outcome of the lobbying by the multinational corporations for profit maximisation and monopoly control. For instance, the Intellectual Property Committee, a coalition of 13 largest US-based multinational corporations, worked with the office of the US Trade Representatives to put forward their own proposal of imposing US legal standard on global IPR and making those rights enforceable under the WTO agreements. 96 of the 111 members of the US delegation negotiating on IPRs during the Uruguay Round were from the private sector.

The Industry Trade Advisory Committee-15 (ITAC-15) on IPR — comprised of chief executives of certain multinational companies from different sectors — has been constantly working for the incorporation of TRIPS-plus measures in BTI agreements. But the LDCs have the right of not implementing their TRIPS obligations until the end of 2021. Patenting of plants, plant varieties and animals are also still optional under WTO regulation.

The advisory committee in its report on the US-Oman free trade agreement also advised the US government that they maintain “a strong bilateral program to deal with IPR deficiencies in non-FTA countries, many of which are critical markets…. It is therefore essential that traditional trade tools such as Special 301, Section 301, the unilateral trade preference programs and WTO dispute settlement be aggressively employed to lift levels of intellectual property protection in those countries.”

TIFA/Ticfa is also broadly related to US foreign policy objectives and geopolitical goals. The US government brought its partners in “war on terror” like Australia, Thailand, Pakistan and the Middle Eastern countries under BTI immediately after the event of 9/11. A statement made by the US trade representative Robert Zoellick in 2004 during US-Pakistan bilateral investment talks is very much relevant to understand BTIs security implication. He emphasised that “Pakistan and the United States are partners in combating global terrorism. A BIT [bilateral investment treaty] based on the high standards contained in our model text can play an important role in strengthening Pakistan’s economy, so as to create new opportunities for exporters and investors in both economies and assist in meeting the economic conditions to counter terrorism” (emphasis given). He also echoed a similar sentiment while signing the TIFA with the United Arab Emirates (UAE) and Qatar in the same year.

There is no harm in bilateral agreements as long as they serve the trade and economic purposes of the two countries. But when bilateral agreements like TIFA/Ticfa are the results of strategic and security concerns of a globally powerful, but economically declining, country with the aspiration of sidelining the WTO agreements to impose more radical and stringent obligations of trade and investment and of IPR on the economically weak partners, one should be cautious and have foresight before putting all the weight behind such agreements.

After signing Ticfa, it will be a constant challenge for the party/alliance in power — whoever it is — to make sure that Bangladesh gains, or at least does not get engaged in asymmetric reciprocity with the US. But the syndrome of giving in to the US has appeared with the last moment signing of Ticfa by the government. It is particularly true when the ruling party of the relatively weak partner has performance deficit or legitimacy crisis in the domestic front. Predictably, the major opposition party of Bangladesh also welcomed inking of the Ticfa, probably expecting that it would help them earn political “confidence” of the global superpower.

One thing we can now be sure of, and it is that our future is more towards signing of more Ticfa-like agreements by the current and future ruling elites only to appease their more powerful counterparts and win their heart, not trusting the people of Bangladesh and leaving them to suffer and struggle.

(The writer is Assistant Professor, Department of IR, University of Dhaka)