A special fund of at least Tk 1.5 billion is going to be created for road-accident victims and fatally injured people, as the Road Transport Rules 2022 (RTR) has kept the provision of forming the fund by collecting fees from vehicles.

According to the Bangladesh Road Transport Authority (BRTA) data, a total of 55,92,059 registered transports of different kinds were operating in the country in 2022. 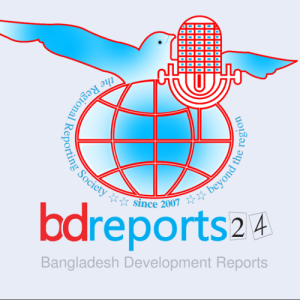 The Road Transport and Highways Division (RTHD), in a circular – dated Decem-ber 28 and published on Sunday, made the RTR immediately effective.

The long-awaited RTR has been made effective three years after enacting the Road Transport Act (RTA). The RTR also has the provisions of cancelling driving licences, awarding penalties, and providing financial assistance to the victims of road accidents.

According to the RTR, a trustee board – which will be formed to operate and manage the fund – may increase or reduce the fees. The fund will be deposited to a bank account with the name ‘Trustee Board Financial Assistance Fund’.

The BRTA chairman or any other government employee can be the trustee board chairman, who will operate the bank account jointly with its member secretary.

The RTA 2018 guides formation of the trustee board with 12 members of joint secretary level from different government agencies, including the RTHD, legislative and parliamentary affairs division, local government division, and DNCRP, DIG of Highway Police, and representatives of civil society, transport owners and workers.

The rule keeps the provision to invest the fund in the government’s profitable sectors, and profit from the investment will be deposited to the fund.

The board will fix the amounts to be paid to the dead accident victims following application from their successors.

According to the RTR, successors of a victim, killed in a road accident or died after fatal injuries, will get at least Tk 500,000.

In other cases, each victim, severely injured with loss of body parts or injured with the scope of recovery after treatment, may get at least Tk 300,000 from the fund.

However, the trustee board may increase or decrease the compensation amount, if necessary, and the victims have to apply for the fund within 30 days of the accident.

An inquiry committee will be formed after receiving an application and will submit its report on the loss in the accident within 10 days to take decision and measures to distribute the fund in 30 days.

However, the recipients of the fund may apply again within 30 days, if they are aggrieved with the board’s decision, which will also be resolved in next 30 days.

Officials said the RTR was approved on November 3 by the Ministry of Finance, as various penalties were proposed to bring discipline on the streets.

The provision of cutting points against a licence has also been kept to make drivers alert of violating various traffic rules. But the scope to regain points is also there, if the accused drivers are found driving in correct way in next six months.

The RTA was enacted on 18 September 2018, following a countrywide month-long student demonstration after two students were run over by a speeding bus near Radisson Hotel in the capital on July 30.