The electoral process, the Election Commission, the counting of ballots, and the manner of obtaining votes are all coming under more scrutiny as the election date approaches. This has led to an increase in the amount of debate and criticism around these topics.

These issues cover most of the talks of all the political parties in Bangladesh. Although the familiar people of Bangladesh feel comfortable voting on the ballot, voting is mostly done in this manner from the union level to the mayoral election. However, the effectiveness of this method is not less but much more. The current ruling party, Bangladesh Awami League, considers the EVM voting system convenient for many reasons: the digital voting system, reduced time-lapse, faster data collection, and quick release of election results. 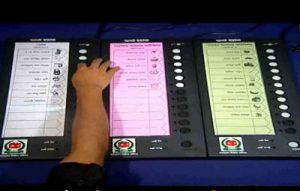 After the arrest of BNP chairperson Begum Khaleda Zia, there were various rumours about the party’s national election. Meanwhile, Ruhul Kabir Rizvi, a member of the party’s standing committee in the protest procession called by the BNP, sees the EVM voting system as unfavourable. The leaders and workers of the party think that the vote in EVM is fraudulent. However, it has come to light that many political leaders of the BNP party have also won in this EVM voting system.

Meanwhile, technicians and teachers of various universities, including BUET, went to the election building in Agargaon of the capital on Wednesday to the EC’s call. They went there and thoroughly checked the EVM. Even the method of its formation, the different circuits they see open.
After testing, the technologists told reporters, “This (EVM) is a perfect and reliable machine.” At the same time, they called on political parties to use EVMs.

Zafar Iqbal said, “Voting here can be done very accurately. It is almost impossible for one person to vote for another. So congratulations and sincere thanks to those who made it. ‘
‘The machine is perfect. It is straightforward for our country to run. I have seen in the newspapers that the political parties have made three demands, including the formation of a new commission. If you can form a new commission, I will tell the political parties still use this EVM machine. You will benefit, ‘said Zafar Iqbal.