Tulip Rizwana Siddiq, the granddaughter of Father of the Nation Bangabandhu Sheikh Mujibur Rahman, has been inducted into the shadow cabinet of UK Labour Party leader Jeremy Corbyn.

“Delighted to join the brilliant @AngelaRayner in Shadow Education team – we will battle to hold gov to account on education and early years,” Tulip tweeted.

Her appointment comes after a shadow cabinet shake-up by Jeremy Corbyn following his re-election as Labour leader. 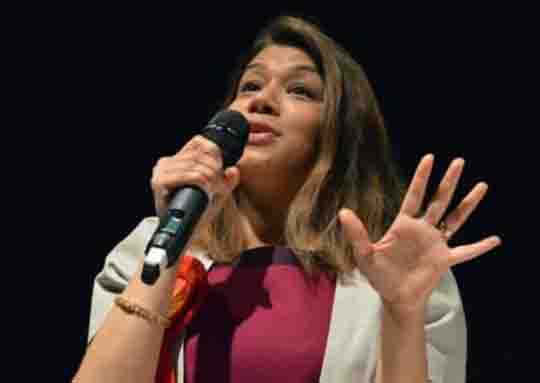 Tulip is the daughter of Sheikh Rehana, younger daughter of Bangabandhu, and a niece of Prime Minister Sheikh Hasina.

Tulip was elected an MP in the May 7, 2015 election from Hampstead and Kilburn, the top of the 10 most contested seats in London. She bagged 23,977 votes against her Conservative counterpart Simon Marcus’ 22,839 votes.

Born in Mitcham, London in 1982, Tulip completed two Masters degrees—one in English literature and another in Politics, Policy and Government—from King’s College London.

She was a former councillor in Regent’s Park and cabinet member for culture and communities in Camden Council, according to Wikipedia.

Tulip, who became the first Bengali woman councillor in Camden Council in May 2010, first contested the parliamentary polls last year.

Earlier, Rushanara Ali, the first British lawmaker with roots in Bangladesh, performed the responsibility as the shadow minister of International Development and Education after being elected as an MP.

The debut of Rushanara Ali, who hails from Biswanath in Sylhet, in the House of Commons was made through the previous UK polls in 2010. The Oxford-educated Rushanara won those elections with a margin of around 12,000 votes.

With her victory, she entered the UK parliament as the first Bangladesh-origin MP. Rushanara retained her seat from East London’s Bethnal Green and Bow constituency with a majority of 24,317 votes.

Another Bangladesh-origin candidate Rupa Huq, also from Labour Party, was elected in last year’s UK general elections. She was elected from Ealing Central and Acton constituency by bagging 22,002 votes.

Rupa is a senior lecturer at the sociology department of the Kingston University. Her ancestral home is in Pabna.

For the first time in the history of Britain, 11 Bangladesh-origin candidates vied for seats in the House of Commons through this election. Seven candidates were nominated by the main opposition Labour Party, while three from Liberal Democrats and one from Conservative Party.

Of the 11, most public interest and media focus was on Tulip, Rushanara and Rupa, who were described as “three daughters” of Bangladesh. Interestingly, the three became victorious in the tightest electoral race in Britain’s recent history.