The UN High Commissioner for Human Rights Navi Pillay called for an eleventh-hour stay of execution for Abdul Quader Mollah, convicted of war crimes in a trial that did not meet ‘stringent international standards’ for imposition of the death penalty.

The Office of the High Commissioner for Human Rights has written to the Prime Minister Sheikh Hasina, in a last-minute appeal, to halt the execution, according to a media release issued from Geneva on Tuesday.

In a statement last month, the High Commissioner urged the government of 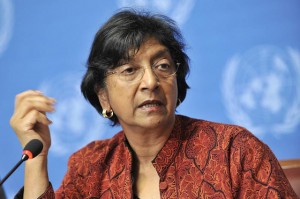 Bangladesh not to proceed with the death penalty in cases before the International Crimes Tribunal, particularly given concerns about the fairness of the trials.

The United Nations opposes the imposition of the death penalty under any circumstance, even for the most serious international crimes.

Two UN Special Rapporteurs, on the independence of judges and lawyers, and on summary executions, have also called for the execution to be stayed.