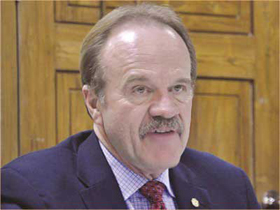 The US diplomat made the remark while inaugurating the construction of the multipurpose training hall of the Bangladesh Institute of Peace support Operation Training (BIPSOT) and the extension of BIPSOT academic building at the BIPSOT, Rajendrapur Cantonment, Gazipur, reports UNB.

Mozena mentioned that more than 7,000 Bangladeshi soldiers, policemen and policewomen are on duty in eight different missions around the world, endeavoring to keep the peace.

“America and, indeed, the world thank Bangladesh for filling this critical role in making the world a safer place, a more secure place.”