Bangladesh’s economic growth made in October last year remained unchanged as the GDP growth rate will slow down to 5.7 percent against 7.2 percent target in the current fiscal (2013-14) due to political turmoil, says the World Bank (WB).

The WB, an international financial institution that provides loans to developing countries for capital programs, came up with the fresh but similar forecast on Wednesday in Washington, reports UNB. 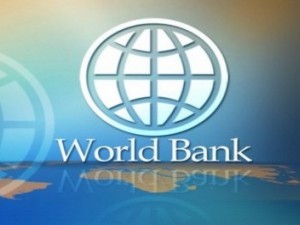 “The main risks to the outlook are fiscal and policy reforms going off-track; uncertainties related to elections in Afghanistan, Bangladesh and India; entrenchment of inflation expectations; and a disorderly adjustment of capital flows in response to US tapering,” said the report.

“The performance of advanced economies is gaining momentum, and this should support stronger growth in developing countries in the months ahead. Still, to accelerate poverty reduction, developing nations will need to adopt structural reforms that promote job creation, strengthen financial systems, and shore up social safety nets.”

On October 23 last year, the World Bank at a media briefing on Bangladesh Development Update at its Dhaka office, projected that Bangladesh’s GDP growth rate will slow down to 5.7 percent in the fiscal 2013-14 due to political turmoil.

Referring to the forex reserve, the World Bank said the current reserve level is adequate, but not excessive.

“Disruption caused by political strife, deepening political tension relating to the impending political transition and the inadequate improvement in the provision of power, gas and infrastructure were the key sectors in the growth slow down,” he added.

Zahid Hussain also said the most pressing challenges lie in rebuilding the image of the garment sector, removing supply bottlenecks, and maintaining economic and financial reforms.

The World Bank suggested that the government give the most immediate priority to ensure enforcement of the steps suggested by foreign buyers, international agencies and domestic regulatory bodies.

Five years after the global financial crisis, the world economy is showing signs of bouncing back this year, pulled along by a recovery in high-income economies, according to the latest report of the WB released on Wednesday.

Developing-country growth is also firming, thanks in part to the recovery in high-income economies as well as moderating, but still strong growth in China.

Growth prospects for 2014 are, however, sensitive to the tapering of monetary stimulus in the United States, which began earlier this month, and to the structural shifts taking place in China’s economy.

While the pace is about 2.2 percentage points lower than during the boom period of 2003-07, the slower growth is not a cause for concern, it said.