Although women trafficking from Bangladesh  to various destinations, including India, is not new, the malady has taken an alarming proportion as the traffickers are using 20 transit points along Bangladesh-India border comfortably.

Twenty-eight districts of Bangladesh have common borders with India and two districts have borders with Myanmar, and those are being used by the traffickers in human trafficking, especially women and children. 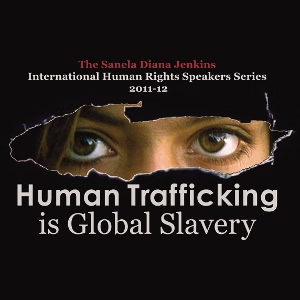 In the northern region, Kurigram, Lalmonirhat, Nilphamari, Panchagarh, Thakurgoan, Dinajpur, Naogoan, Chapai Nawabganj, and Rajshahi, and in the south, Jessore and Satkhira are the areas in which women and children are most vulnerable to trafficking.

Besides, Cox’s Bazar is the main point from where the children and women are gathered before being smuggled out to Myanmar.

BGB Sources said though paramilitary troops foil a good number of trafficking bids every month, the rescued figure is much lower than that of trafficked women and children.

According to a UNICEF report, 400 women and children fall victim to trafficking from Bangladesh each month on average.

Intelligence sources said Bangladesh is being also used as a transit country for human trafficking, as both internal and cross-border trafficking exists here.

Though the exact figure is not available, various studies reveal that over 1 million women and children have been trafficked out of the country in the last 30 years.

According to the BGB sources, the paramilitary rescued at least 76 women and children on average every month since January this year.

They said the paramilitary force rescued 771 women and children from human traffickers along the Bangladesh-India border in the last 10 months till on October 31 this year. Among them, 620 were women and 151 children.

During the period, they arrested 15 alleged traffickers and 382 cases with different frontier police stations in connection with human trafficking during the same period.

Meanwhile, the paramilitary troops recovered huge smuggled goods, including illegal drugs, worth about Tk 489.37 crore during anti-smuggling drives across the country, especially bordering areas during the last 10 months.

Some 1373 alleged smugglers were arrested and 22,013 cases filed with different police stations during the period in connection with the smugglings.