The Amendment 15 to the constitution of Bangladesh is critical. This amendment was borne to satisfy the wish of the incumbent Prime Minister, says Asian Human Rights Commission (AHRC). Gross abuse of human rights in Bangladesh are mostly related to quest for, and maintenance of, power, which guarantees the ruling segment ‘licence’ to corruption and impunity, AHRC says.

AHRC in its report on the state of Human Rights in Bangladesh, 2013 says, Prime Minister Sheikh Hasina used her official relief fund to bribe a Chief Justice and fulfil her desire of perpetuating power in this way. In a country where basic institutions related to the rule of law are a facade, such actions shouldn’t surprise, the report added. 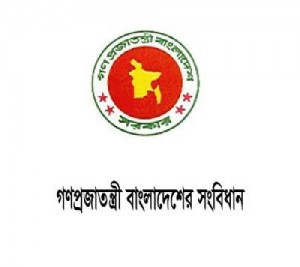 AHRC says, Bangladesh has observed Human Rights Day amidst extreme forms of humiliation and denial of human dignity. Lives, livelihoods, and liberties are not only being undermined but being literally denied in the political quest of a few. The two major political camps of Bangladesh are in a diabolical race to grab power at the cost of the common citizen’s blood.

The Report, titled ‘BANGLADESH: Lust for Power, Death of Dignity, castes an unflinching eye on events of the year, delving deep into the institutional rot behind social chaos. As violence unfolds in Dhaka and the Bangladeshi hinterland, the AHRC releases its report on the state of Human Rights in Bangladesh, 2013.

In earlier state of Human Rights Reports, especially the ones published in 2011 and 2012, the AHRC predicted what Bangladesh is suffering today. The reports, titled “BANGLADESH: Rulers establish an illusion of rule of law and democracy to deprive people by all means” and “BANGLADESH: Government by Deception” analyzed governance problems and their consequences, and considered how much citizens would suffer in the lead up to general elections 2014.

It is now December 2013. Elections are nigh. And, as predicted, Bangladesh has caught the world’s attention for its political and constitutional crisis, which consumes lives and limbs daily. The country seems to have turned into an open prison for ordinary citizens. The social, economic, academic, and spiritual life of Bangladeshis is under extreme threat. Any person walking out onto the street literally takes their life in their own hands; the possibility of a bomb going off or bullets flying is real. Arson attacks on public transports are a daily occurrence, killing and maiming innumerable commuters and bystanders. Across the country, the clash is ongoing between agents of the state – accompanied by goons of the ruling party –  and opposition protestors.

This violence, which victimizes so many who have nothing to do with the political power game, and does not even spare law-enforcement personnel, serves as grist to the mill of Bangladeshi ‘democracy’.

Civil society, or what remains of it, appears clueless to the underlying factors of the country’s crisis.

Through the year, and over the decades, the institutions of Bangladesh have been weakened so a nexus can be maintained for the rulers. In the process citizens are denied their rights.

The nation needs to acknowledge, first, that their institutions are useless in protecting the people’s rights with equality, human dignity, and justice. And, then, it must thoroughly reform the rotten system – beginning with police, prosecutorial, judicial, and political culture.

The thought process of civil society needs to change from being polarised to becoming more universal and united. Without this, presence and actions of such a ‘civil’ society will only harm the real interests of ordinary people.

The AHRC urges the United Nations – which has already initiated a series of efforts to try and quell the feuding political groups – to get engaged, actively and urgently – to ensure the safety of the lives, livelihoods and liberties of the people in Bangladesh, the AHRC reports includes.