Hoque, a Cheshire resident, founded the nonprofit organization at Yale University in 2003 to reduce poverty, hunger, child labor and preventable blindness. DCII is responsible for more than 33,000 eye screenings, more than 5,000 eye surgeries, and more than 1,000 mothers given pre-natal and post-natal care.

“I have led a very fortunate life,” Hoque said in a release. “I have food and water every day, 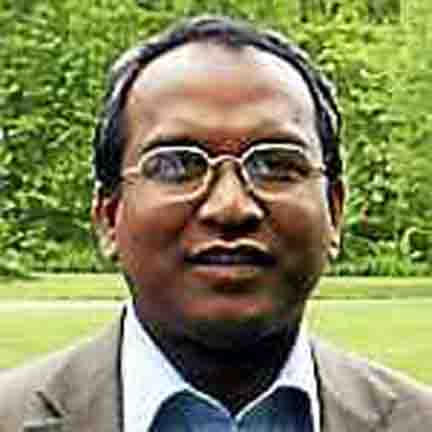 and my daughters are getting an education. I want to do something for those who don’t even have an opportunity to have these things. I will not stop working for children until I know that all children are safe, healthy and have a bright future ahead of them.”

DCII is almost completely volunteer-operated and involves youth in all its activities, with the motto “Children Helping Children,” according to the release.

Masum Habib, principal of Rajshahi Medical College, said Hoque, an alumnus, “has proven that nothing is impossible for any human being. Even with a serious visual disability, he has continued to work for the underprivileged and is helping thousands of children receive primary education, free health and vision care.”

Hoque was born with congenital cataracts and by 5 years old had undergone several surgeries. He has worked in Bangladesh, Japan, Canada and at the Yale School of Medicine. DCII supports development organizations in Bangladesh, India, Nepal and Nicaragua.

Derek Gromko, chairman of the Cheshire Chamber of Commerce, said in the release, “Dr. Hoque is a great man and with his leadership, DCI has grown into one of the most prominent development organizations here in Connecticut, in the United States and internationally, serving thousands of people and empowering the poor. We are very proud that DCI started here in Cheshire and have proudly watched it grow all over the world.”

Gromko said his family has sponsored a girl in Bangladesh since 2008 and his two daughters, Taylor and Reagan, have been co-sponsors with DCII.