Pioneering Bengali woman journalist and editor of the country’s first illustrated women’s weekly ‘Begum’, Nurjahan Begum, passed away at Square Hospital in Dhaka on Monday morning. She was 91.

Nurjahan Begum who was admitted to the Square Hospital on Wednesday last with respiratory problems, including pneumonia, was shifted to the hospital’s intensive care unit on Saturday as her condition deteriorated. She was on life support till then and physicians declared him dead at around 9:45am.

The president, Abdul Hamid, the prime minister, Sheikh Hasina, and the Bangladesh Nationalist 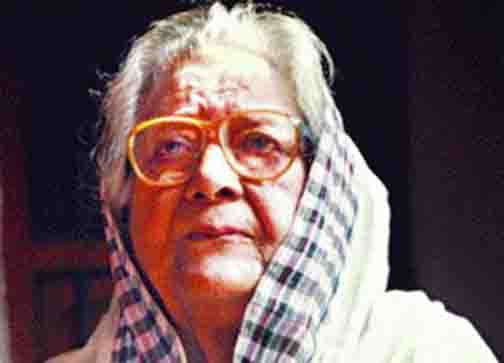 Nurjahan earned repute as the pioneering woman journalist as she edited the weekly ‘Begum’ for over six decades as a mouthpiece of Bengali women.

The magazine mainly carried write-ups of women as part of its motto to promote the backward Muslim womenfolk.

She is the daughter of iconic journalist Mohammad Nasiruddin, more known as Sawgat editor Nasiruddin, and wife of another famous journalist Rokonuzzaman Khan, who was the editor of the feature pages of the daily Ittefaq and founder of the ‘Kachi Kanchar Mela’.

Nurjahan is survived by two daughters.

Founded by her father Nasiruddin, ‘Begum’ was first published from the then Kolkata in 1947 and after the partition of the country, the weekly came to Dhaka in 1950.

Nurjahan actively participated in editorial activities along with the entire process of publishing the magazine. Her tremendous effort as an editor, social worker and journalist has earned her various national and international prestigious awards including the ‘Ekushey Padak 2011’, ‘Tribute to Lifetime achievement award’, ‘Rokeya Padak’, and awards from Bangla Academy, UNICEF etc.

She also participated at various social activities including relief work at 1946, by helping build camps for children during the riot in Kolkata and assisting in establishing orphanage for Muslim Women and orphans at 1947 as the secretary.

She assisted in creating the first women’s club in Bangladesh for women writers and social workers named ‘The Begum Club’. She was also member of various women’s organisations including the Wari Mahila Samiti and the Narinda Mahila Samiti. Through these organizations she further worked for education and activities of children. She also raised funds to help the victims of natural disasters and calamity.