The North American branch of Bangladesh-based nongovernmental antipoverty organization BRAC, formerly the Bangladesh Rural Advancement Committee — has launched a multi-year fundraising initiative to ensure continued progress on humanitarian aid and support for workers in Bangladesh’s ready-made garment industry. The initiative comes nearly one year after the RanaPlaza building collapse on April 24, 2013, which claimed the lives of more than 1,100 Bangladeshi garment workers. 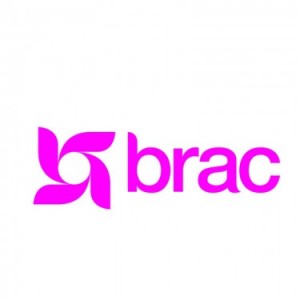 The Bangladesh Humanitarian Fund will focus on three areas: supporting the Rana Plaza Donors Trust Fund, which is open to donors globally and provides financial support for victims of the building disaster and their families; continuing support of BRAC’s work in providing counseling and rehabilitation to garment workers; and setting up a reserve that can be used to help workers affected by other tragedies such as the Tazreen Fashions Factory fire in late 2012, which killed 112 workers in Bangladesh.

“The RanaPlaza tragedy was a wake-up call for the world that shocked our collective conscience,” said BRAC USA President and CEO Susan Davis. “Even 11 months after RanaPlaza, more support needs to be provided to victims and their families. Delays have taken place for a variety of reasons, but rather than looking back, we’re moving forward on common ground, and with a clear message: A better path is possible, and we can help create it.”

“Bangladesh has seen significant gains in living standards, halving poverty rates in the last 20 years, thanks largely to women’s empowerment,” said Sir Fazle Hasan Abed, founder and chairperson, BRAC. “The garment industry has played a tremendous role in this. But these gains will mean little if we allow tragedies like RanaPlaza to continue. The words ‘Made in Bangladesh’ should be a mark of pride, not shame.”

The Bangladesh Humanitarian Fund to date has raised more than $5 million, with support from Walmart and the Walmart Foundation, Asda, The Children’s Place and the Gap Foundation; and provided a $2.2 million grant to the Rana Plaza Donors Trust Fund. BRAC USA also will use contributions to make grants in support of BRAC’s continued work beyond providing financial compensation to affected garment workers by including counseling and job training for those workers who survived Rana Plaza, Tazreen and similar disasters but who cannot or choose not to return to the ready-made garment industry.